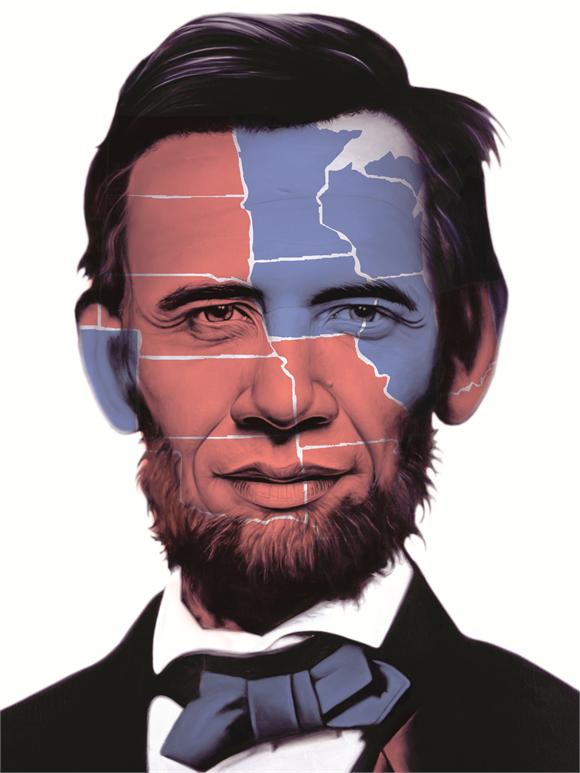 To celebrate Barack Obama and his second term Presidential win, New York contemporary artist Ron English has released a Abraham Obama Electoral Map 2012 print that is based off of his 2008 Abraham Obama painting, which brings together both 16th President Abraham Lincoln and newly re-elected 44th President Barack Obama. A limited edition of 44 signed and numbered prints are available to purchase exclusively from the online Popaganda store.

A fusion between America’s 16th and 44th Presidents, Abraham Obama is a character that has appeared in Ron English’s art since its inception in 2008. Born and raised in Illinois, the “Land of Lincoln,” English is well-steeped in the mythology around the 16th American President. Although he actively supported Obama’s candidacy, the artist contends that the image is not propaganda, but an examination of culture, history and ideas through the split-second immediacy of visual shorthand. And it asks, “Is there a right side of history, and if so, are we there?”