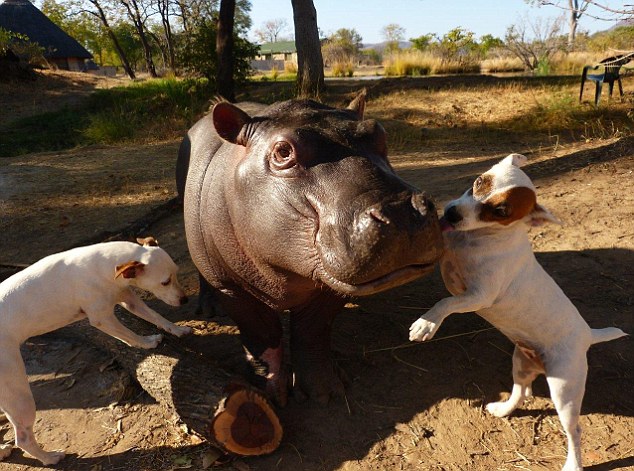 In February 2013, an abandoned two week old baby hippo named Douglas was taken in by Conservation Lower Zambezi (“CLZ”). The CLZ looked after Douglas for three months, when he was strong enough to be moved to his new home at the Chipenbele Wildlife Education Trust.

It seems that there was some confusion about Douglas’ gender.

Named “Douglas” it was believed the baby hippo was a male at the time, but then several vets and conservation people thought he was a she. So, Douglas became ‘Douglina’ instead. In Late August 2013 three months from the time ‘she’ came to Chipembele, Douglina had an amourous encounter with a water barrel, it was very evident that boy bits were invovled… So Douglina is once again and permanently ‘Douglas’ – Chipenbele Wildlife Education Trust

As Douglas began to settle into his surroundings, he made a couple of friends. Terriers Molly and Coco may seem unlikely pals to a baby hippo, but after having a such a rough start Douglas deserves to have friends like these. 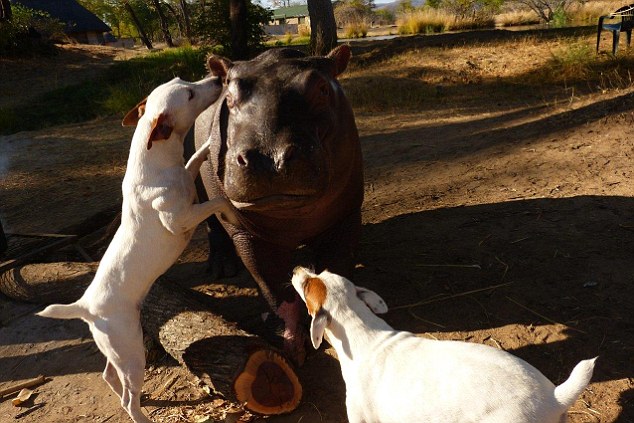 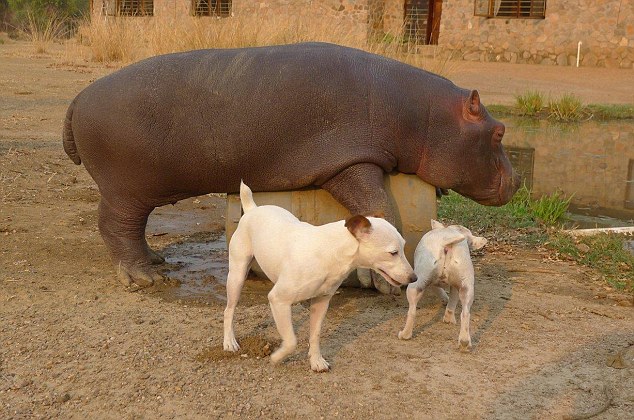 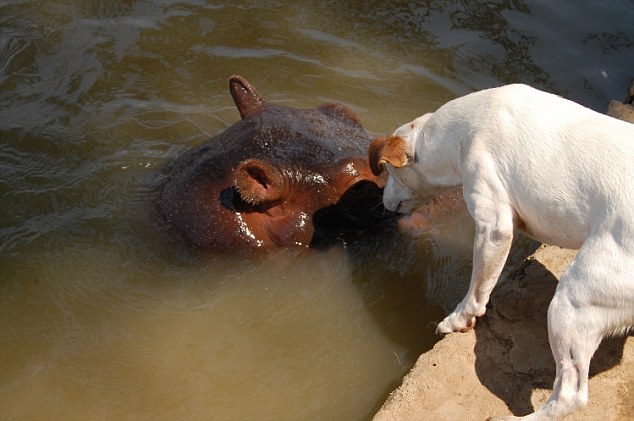