In April 2015, a beautiful 13-year old Canada lynx named Cleo, who had been kept as an indoor pet by a local couple until their living situation changed, was taken in by the Wildcat Sanctuary where she was able to go outside for the very first time in her life. The shy cat was tentative at first, stepping slowly out the door into a fenced in area at the Minnesota sanctuary where she gained a bit more confidence. Due to her domestication and the fact that she was de-clawed by her previous human, Cleo will never be able to go back out into the wild, but she’s got herself a loving, appropriate home with Wildcat Sanctuary.

In March of 2015, we received a very familiar call – a private owner whose life circumstances were quickly changing and it would be impossible for him to keep the exotic cat he so loved. His Canada Lynx had spent all thirteen years of her life with he and his wife, living indoors as a household pet here in Minnesota. But, because of a divorce and a move to an apartment, it would be impossible for him to keep her. So, wanting to do the best for her, he contacted The Wildcat Sanctuary in hopes we could take her in. Cleo had never experienced the outdoors or all the things a Canada Lynx loves; grass to catnap in, pines trees to smell, and snow under those big, gigantic paws. Though she’s a wild cat by nature, she’d always been treated as a domestic cat by her owner. …The rest of her days will be spent exploring, having companionship of others of her kind, and the TLC of caretakers here at The Wildcat Sanctuary. Welcome home Cleo! 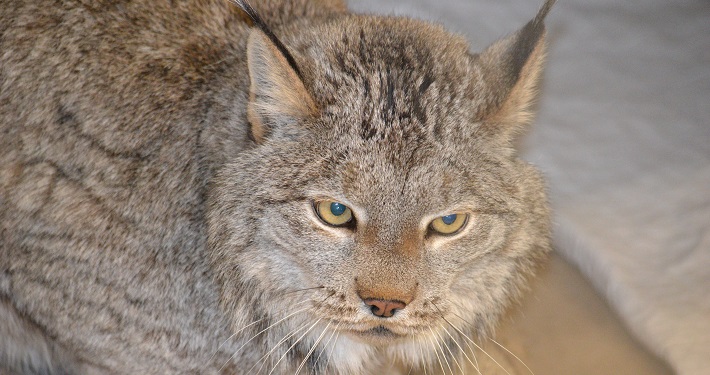 via Honest to Paws