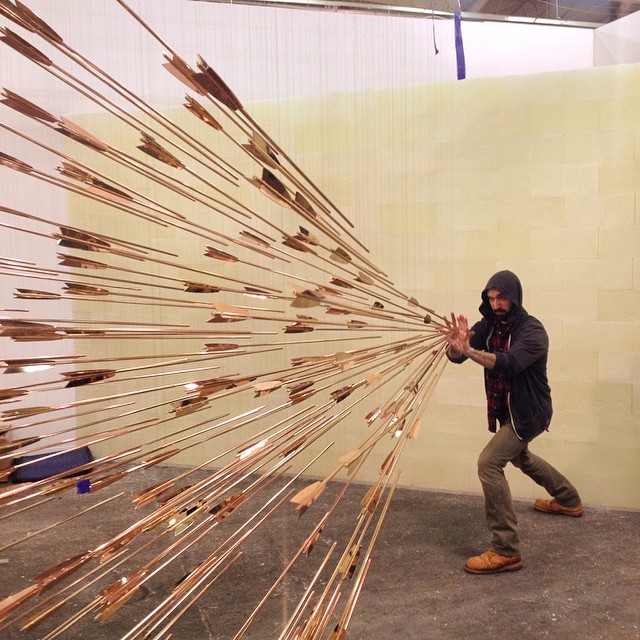 A Shout Within a Storm by artist Glenn Kaino is a sculptural installation consisting of dozens of bronze arrows suspended in mid-air and converging on a single point. The installation was displayed at The Armory Show in New York City back in March, where it was clearly a crowd favorite (judging by the photo, at least). Kaino is represented by Honor Fraser gallery in Los Angeles. 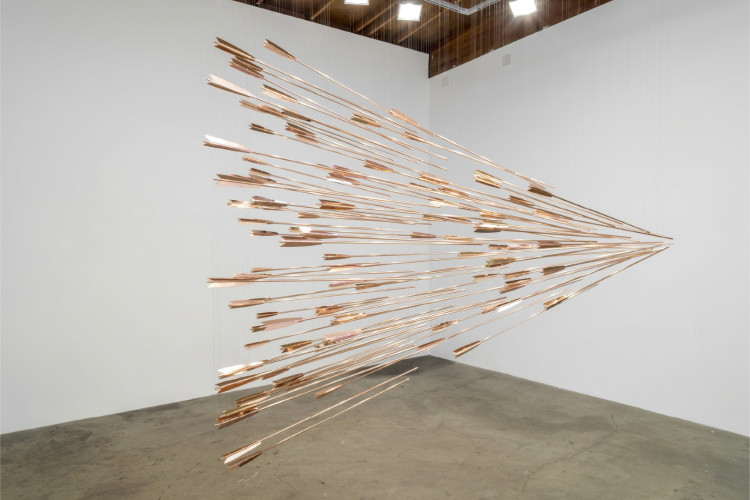 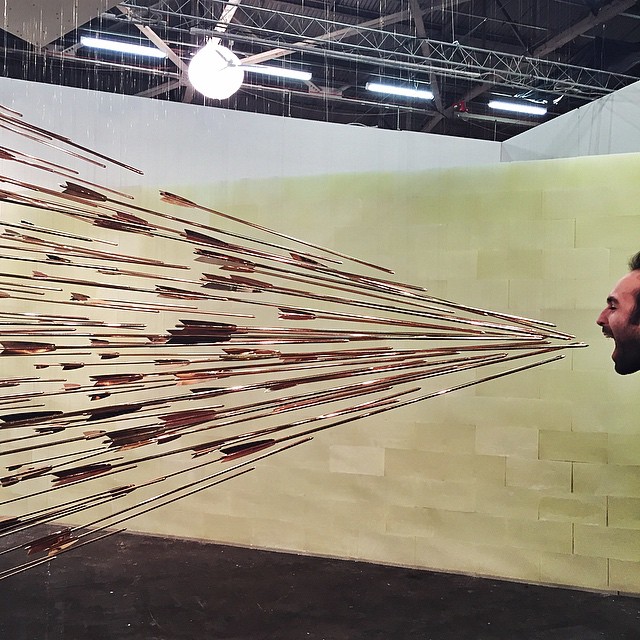 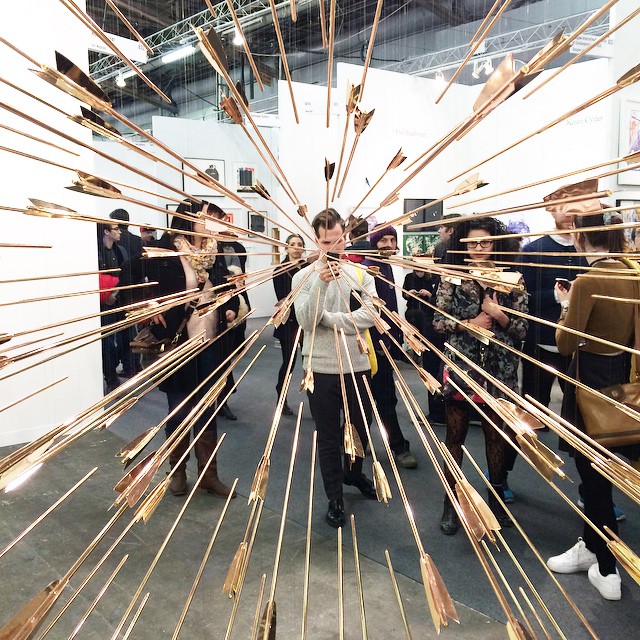 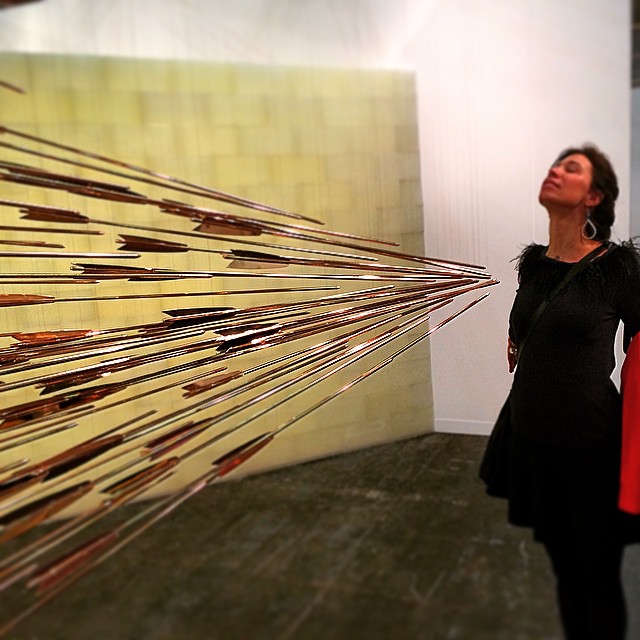