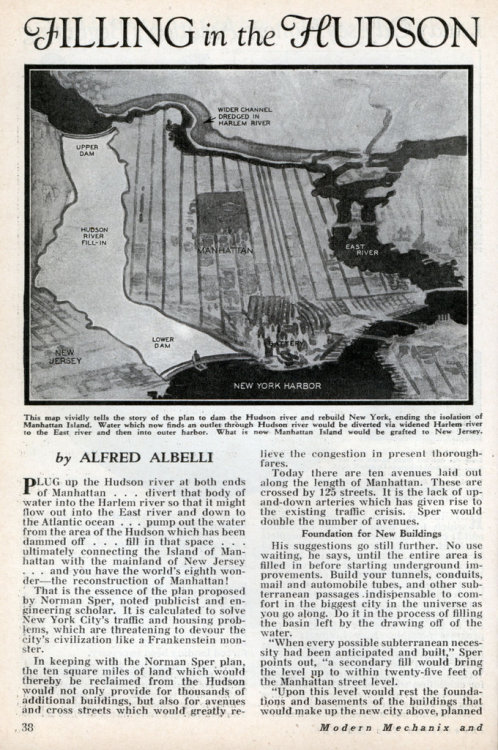 A March 1934 issue of the technology magazine Modern Mechanix details the plans by engineering scholar Norman Sper to fill in New York City’s Hudson River in order to increase the landmass of Manhattan and help alleviate the housing and traffic problems of a rapidly growing population.

If the Russians had the vision and the courage not only to build huge cities from the ground up, but to practically rebuild an empire, surely America should not be frightened at a project as big as this. 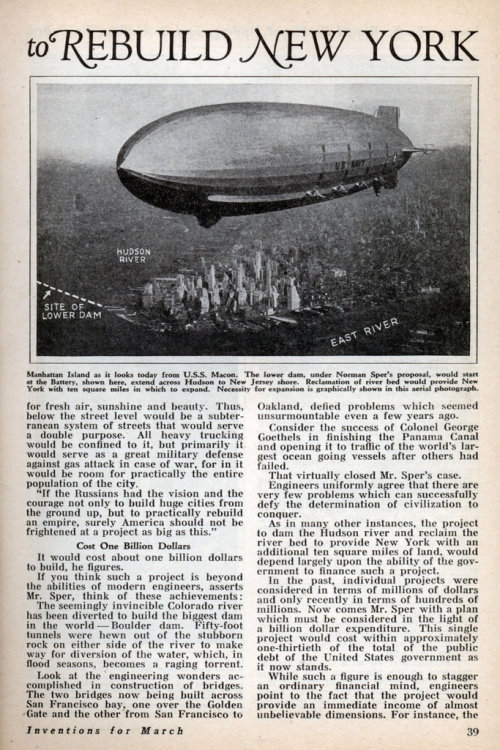 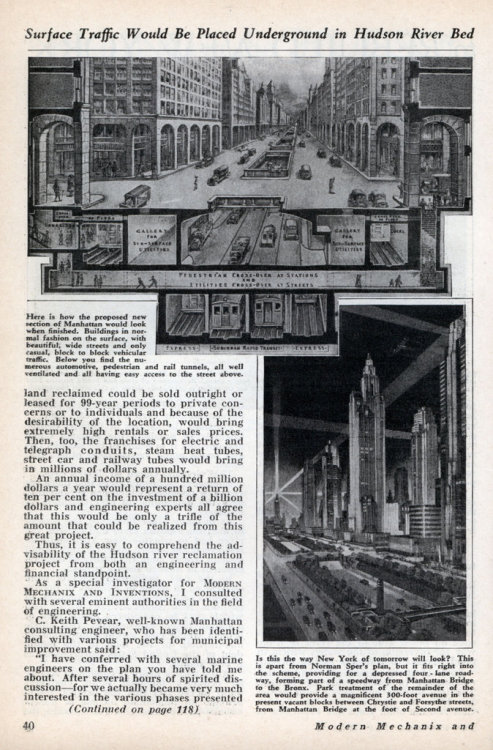