Vali and Sugrive, a pair of two-year-old chimpanzees attended a recent screening of Dawn of the Planet of the Apes at a local movie theater, alongside their caretakers from the Myrtle Beach Safari in Myrtle Beach, South Carolina. The two young apes bought their tickets and paid for snacks before watching the movie. According to the Safari employees, Vali and Sugrive reacted like other enthusiastic movie-goers, following the plot and turning away and holding hands when things got rough.

He loves to clap – when he likes something he claps, so he clapped for the good guys, and when chimps don’t like what’s happening they hoot or bark, so when the bad guy came on he was barking. 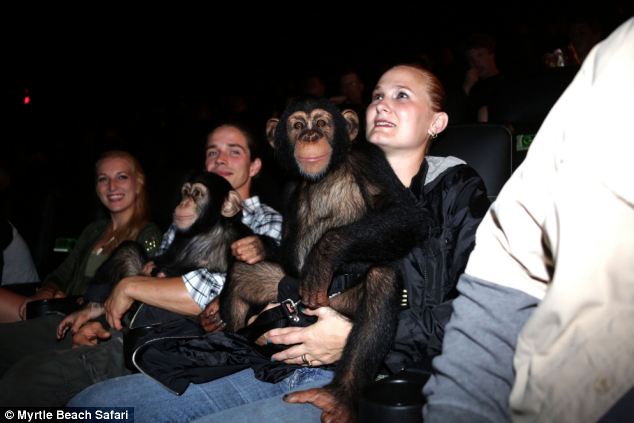 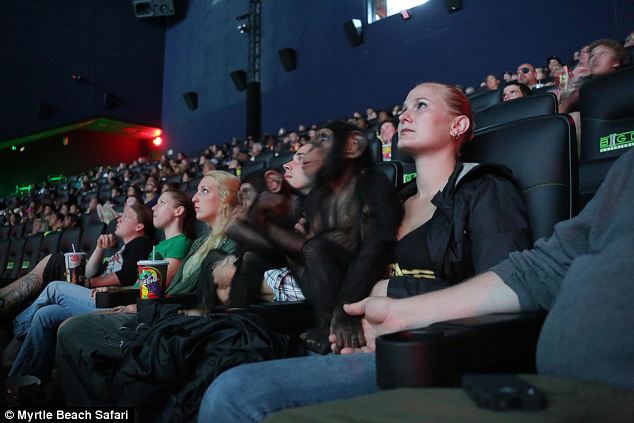 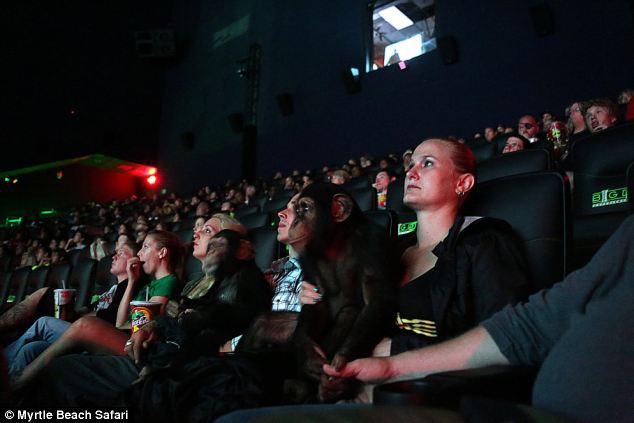 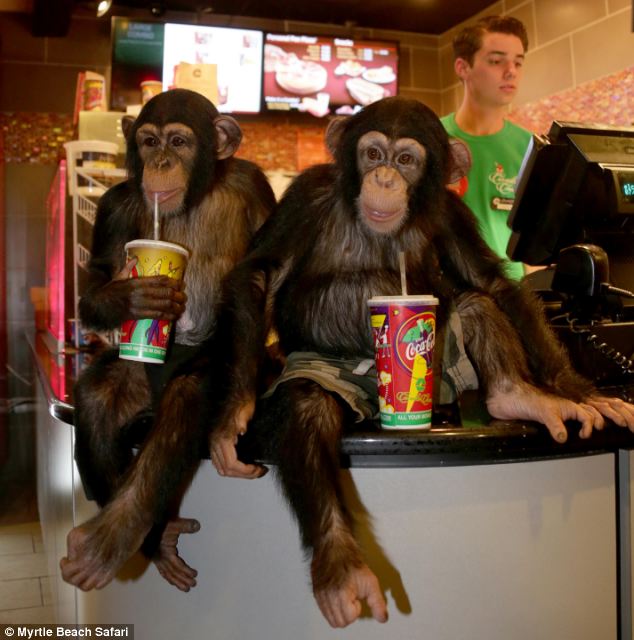 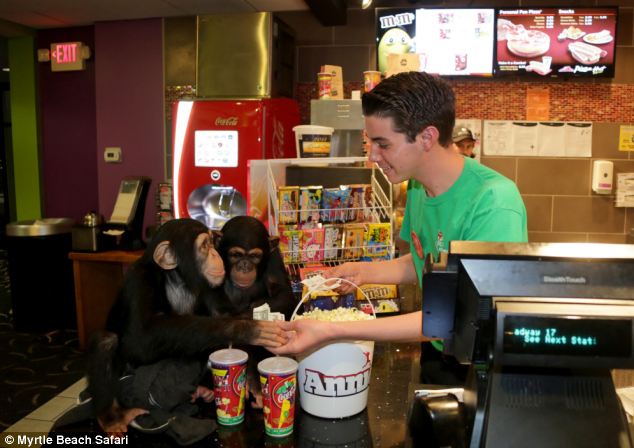 images via The Daily Mail