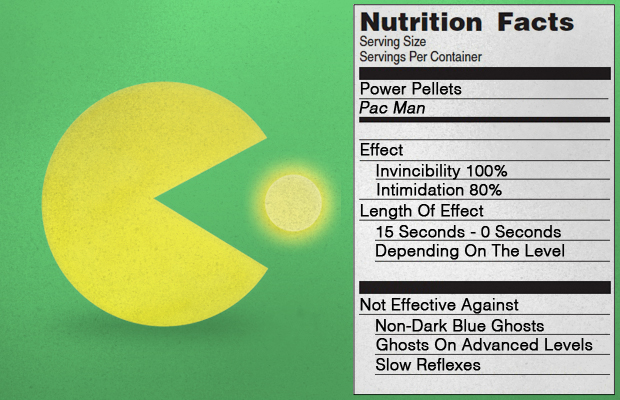 The Nutritional Guide To Popular Food In Video Games by Complex shows a series of consumable foods from vintage and modern video game titles and lists each of their the power-up effects on a standard nutrition facts label. You can view more images from this tasty collection on Complex.com.

Eating has always played an important role in video game functionality. Grubbing has even gone back to the early days of Pac Man as a way to score higher points and provide a quick power boost. To this day, video game developers continue to work in the ability to eat with varying results.

What if some of the popular foods in video games were real? The Food and Drug Administration would surely step in to let us know what we’d be stuffing into our faces. That’s why we decided to be proactive and put together The Nutritional Guide To Popular Food In Video Games. Now you’ll know exactly what you’re feeding your favorite video game characters and if your diet is deadlier than your enemies. 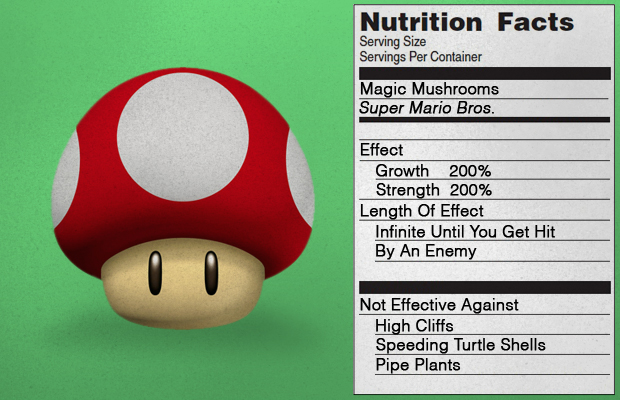 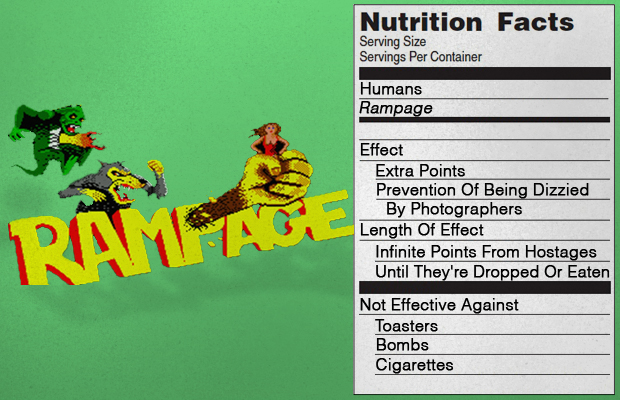 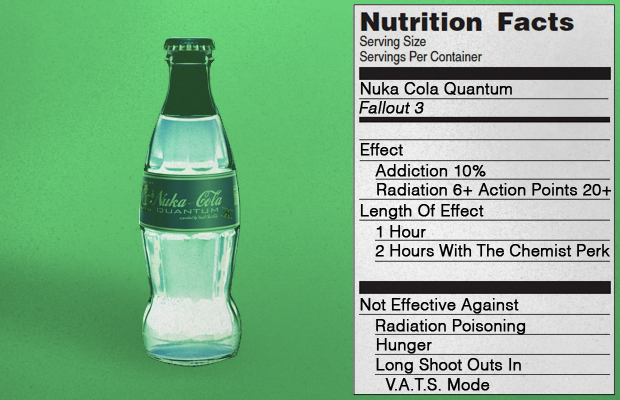 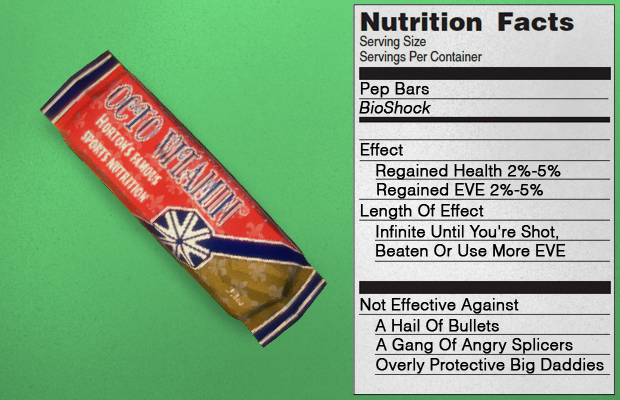 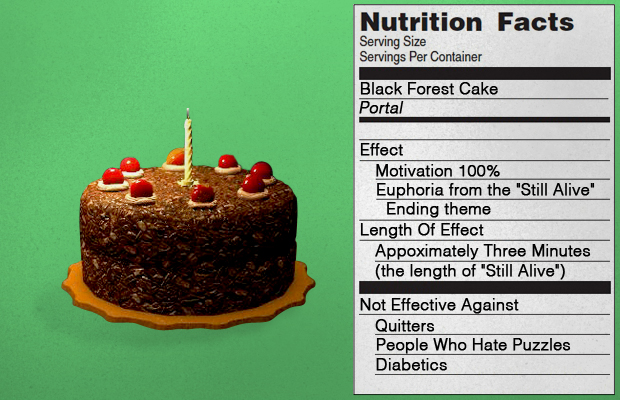