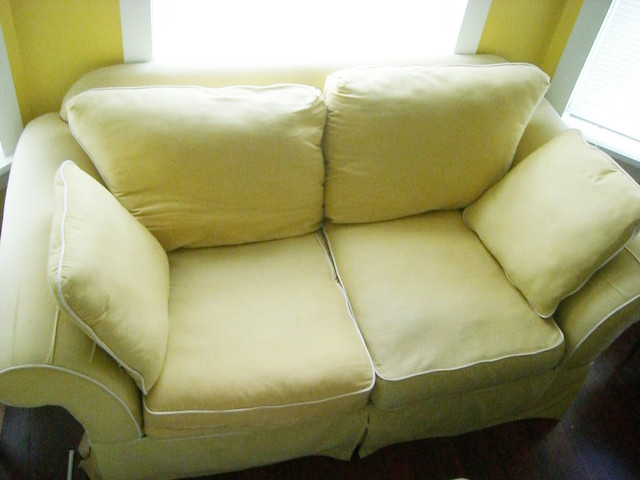 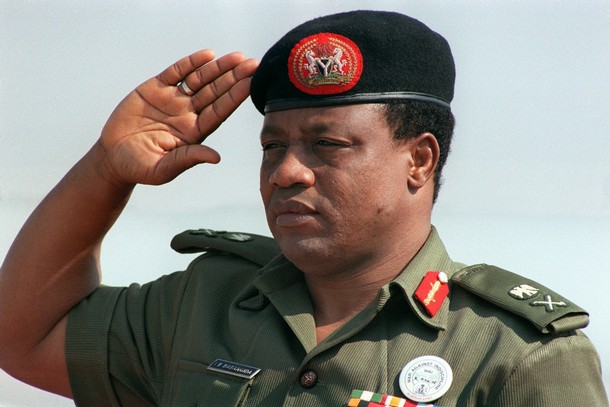 Last week I posted an ad to Craigslist offering our yellow loveseat for sale for $200. A gentleman wrote to say that he was interested, but that he couldn’t come see it because he’s busy with work. Instead, he proposed mailing his payment, and then having movers come later to pick up the loveseat. Odd, but not unheard-of, I supposed. Yet as the transaction has unfolded, it now seems pretty clear that that this “buyer” is really trying to pull a Craigslist version of the Nigerian dictator/advance-fee fraud.

The tone of his messages seemed strange from the get-go, but the note I received last night brought things into focus. Here’s the key portion of his very long and convoluted email:

There was a misinterpretation while sending the payment. According to the instruction i gave my secretary,he was suppose to send your payment and another payment to the mover who will pick up the item.But in the process he made a mistake by sending along the mover’s fund with yours.making a total of $2,950 USD.

He claimed i said he should send the mover’s payment together with yours. But I’m sure i told him to send just your payment and another payment for the mover,but i guess he  miss understood me.It’s was an awful mistake and the payment had already been posted to you, that should not disturb our transaction.i suggest we find a solution to awful mistake by cashing the payment from the bank and deduct your own money …($200).then forward the extra money directly to my mover in cash via MONEY GRAM MONEY TRANSFER.Please i am very sorry for this inconvenience I’m giving you,you can deduct an extra $100 dollars for all the stress i might have put you through in this transaction. please the remaining money to the mover in cash via money gram money transfer as soon as you get the payment,so as to come for the pick up of the item immediately.

Apart from the fact that he said he was sending a check that was $2700 above the value of the loveseat, the Moneygram part was the dead giveaway. The Wikipedia’s entry on the advance-fee fraud explains:

Scammers often request that payments be made using a wire transfer service like Western Union and Moneygram. The reason given by the scammer will usually relate to the speed at which the payment can be received and processed, allowing quick release of the supposed payoff. The real reason is that wire transfers and similar methods of payment are irreversible, untraceable and, because identification beyond knowledge of the details of the transaction is often not required, completely anonymous.

I won’t disclose the name or email address of this individual here, since I don’t have definitive proof that he is a fraudster. I will say, however, that he’s been using a Gmail account.

Mainly, the important thing to note is that this is happening at all. Turns out, there’s more than one way to solicit help for Nigerian dictators, and Craigslist “purchasers” may be one of them. Sellers beware!

Oh, and if you want a nice yellow loveseat for $200, it’s still available. Face-to-face transactions preferred.

UPDATE: To be clear, the essence of this scam is that the check the scammer will send is a counterfeit. The scam is based on the assumption that I will cash the $2950 check, then refund the $2750 difference to the scammer via Moneygram *before* my bank identifies his check as a fake. In a few weeks, the bank would deduct the $2950 from my account balance after the check was deemed invalid, but the $2750 I sent to the scammer via the Moneygram would be gone forever. As it happens, his fake check just arrived, and here’s what it looks like: 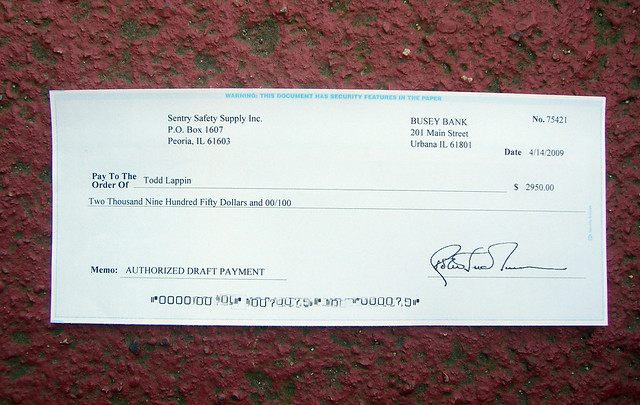 Based on what I’ve read, the check is probably drawn from a real account, but the check itself is no doubt a fake. For that reason, I’ve blurred the account numbers in the image. And of course, I have no intention of cashing this check. Quite the contrary…