Iain Heath–also known as Ochre Jelly–created a full-sized walking replica of the robot TARS from the film Interstellar over the course of three months. The replica was first unveiled at Emerald City Comicon in March 2015, where it won the costume contest’s “One To Watch” award.

The replica uses two iPads as computer readouts, and features a camera/monitor system to allow me to see in front of it. It also has an audio system, allowing me to talk to people or play sound effects. Everyone seemed enthralled by the thing, and we got a lot of love from the convention-goers. It was a great experience and I hope to lug TARS to other conventions over the course of 2015. 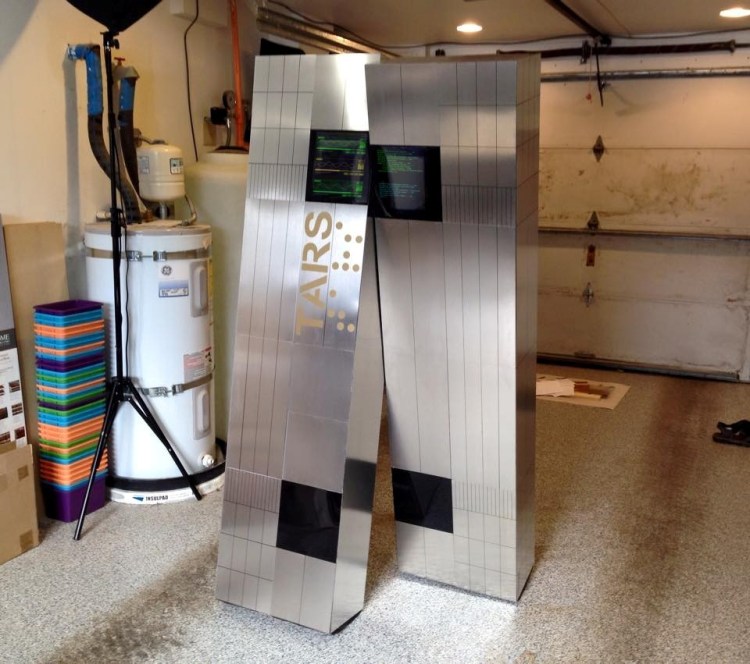 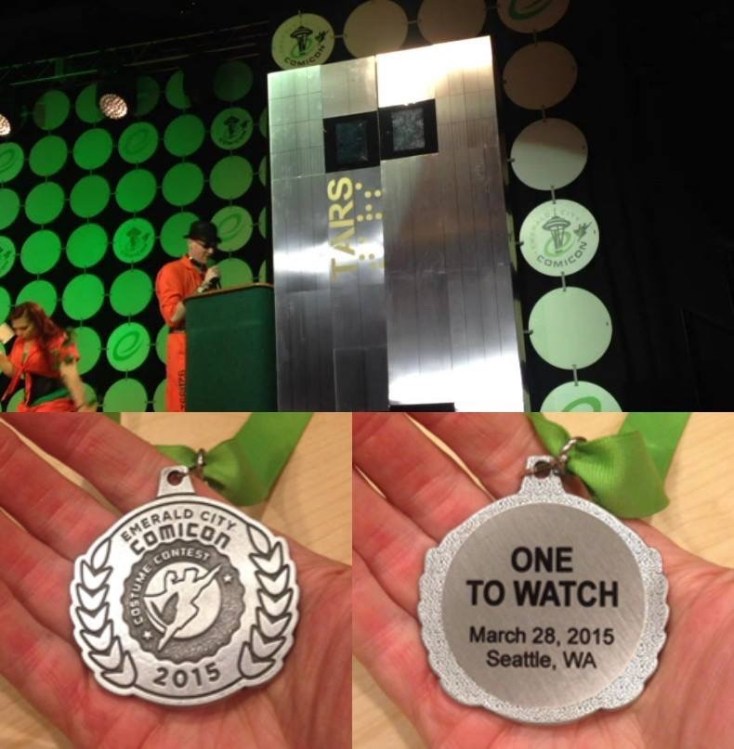 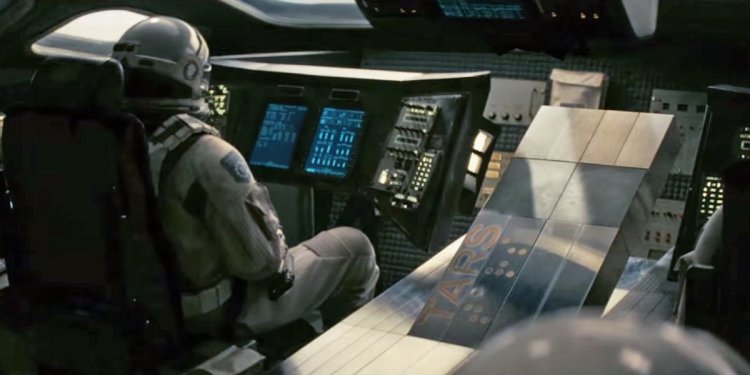 TARS as seen in the Interstellar trailer