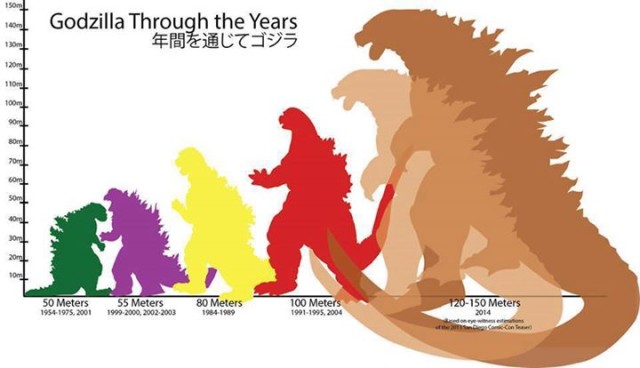 Researcher and writer Craig McClain explores the constantly increasing size of Godzilla according to Cope’s rule in a recent article at Deep Sea News. McClain’s article, which is at least partially in response to a similar one from earlier this year at Wired, concludes that Godzilla should be 288.4 meters tall in 2050 rather than the 170 meters suggested previously.