Toho has released a new trailer for Attack on Titan, a two-part live-action film adaptation of Hajime Isayama‘s popular Japanese manga series that is being directed by Shinji Higuchi and written by Yusuke Watanabe (Dragon Ball Z: Battle of Gods) and film critic Tomohiro Machiyama. The disturbing new trailer features an onslaught of mindless giants, which includes a huge deadly baby, eating innocent people and the angry people violently fight back.

The first part of the film was released in Japan on August 1, 2015 and the second installment, titled Attack on Titan: End of the World, is scheduled to release on September 19th.

That day, humanity remembered… More than one hundred years ago, Titans suddenly appeared. The majority of the human race was eaten and civilization collapsed. The survivors of the war built three walls to prevent the invasion of the Titans, and kept the peace by securing the living area inside. In one hundred years, the wall has not been broken… until this day. 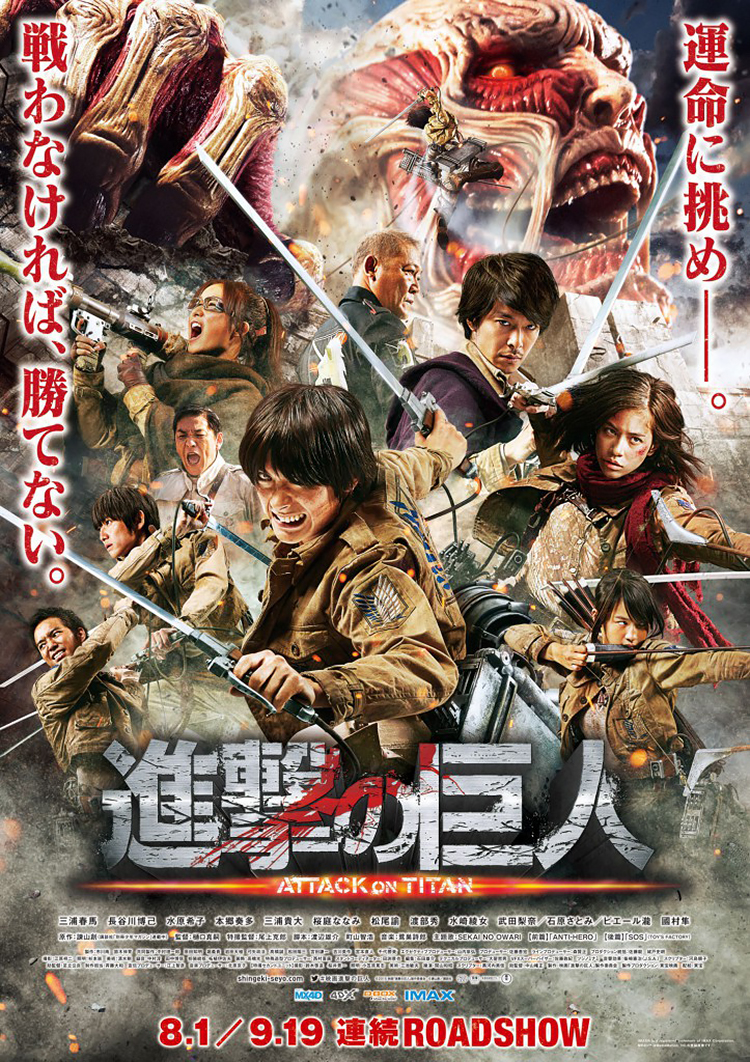