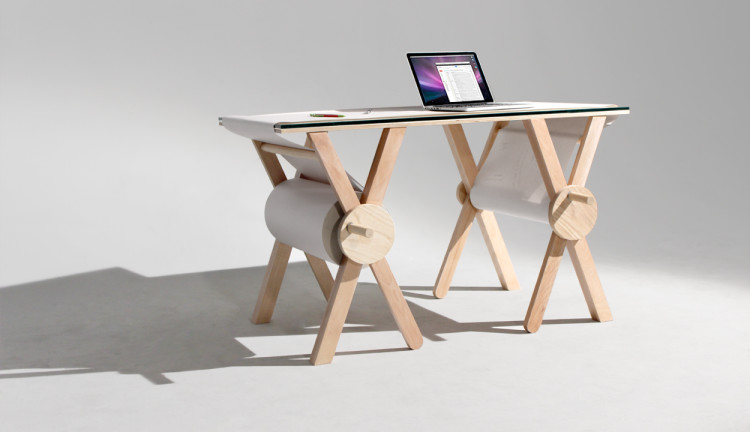 The Analog Memory Desk features a spool of butcher paper that transforms the desktop into a giant notepad. Cranks on the desk allow the paper to be scrolled, rather like a reel-to-reel tape recorder, so that old notes can be retained on a second spool. The Analog Memory Desk is a design concept by designer Kirsten Camara.