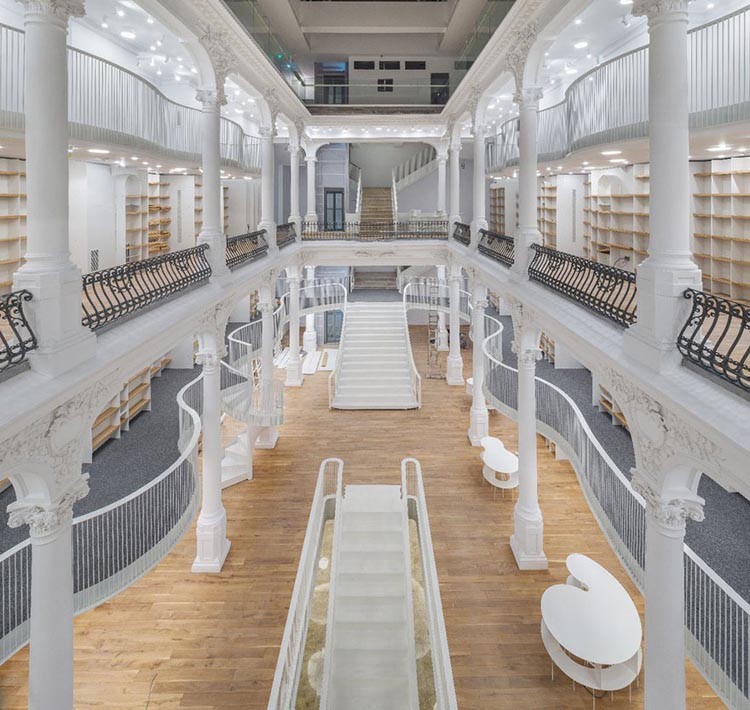 Carturesti Carusel, also known as “The Carousel of Light,” is a breathtaking, newly-opened six-story bookstore in Bucharest, Romania that is housed in a historic 19th century building. Nearly the entirety of the building’s interior, including its many 19th century flourishes, has been painted white with stunning results. The 10,700-square-foot space includes a basement multimedia space, first-floor art gallery, and top floor bistro. The store opened on February 12, 2015. 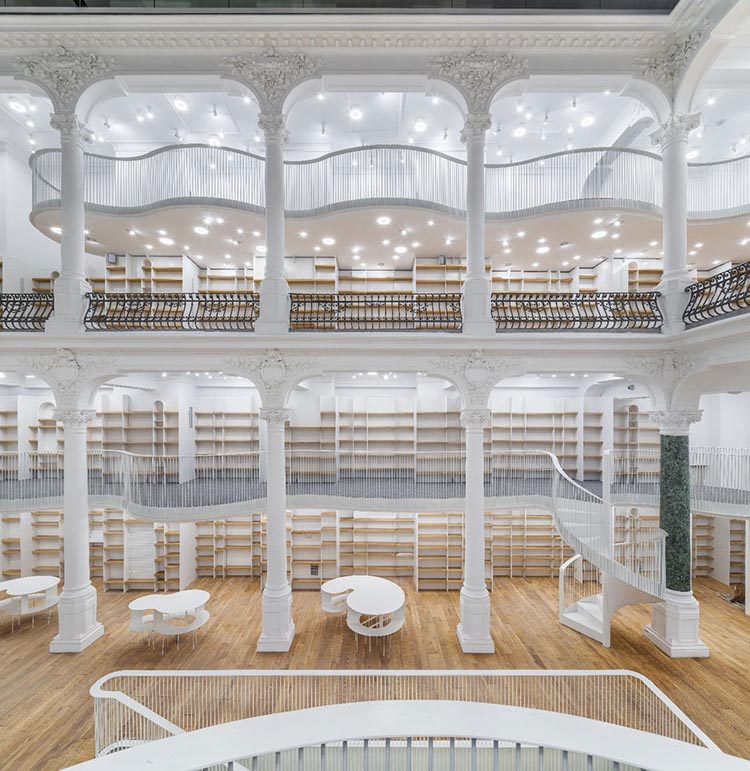 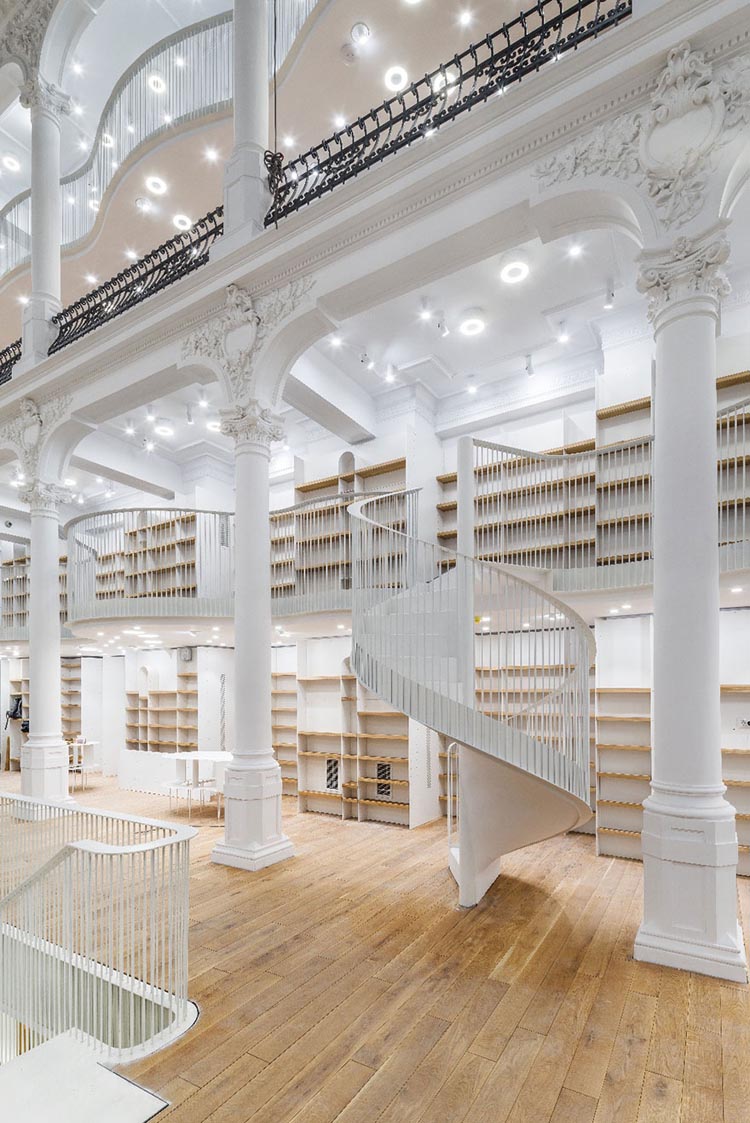 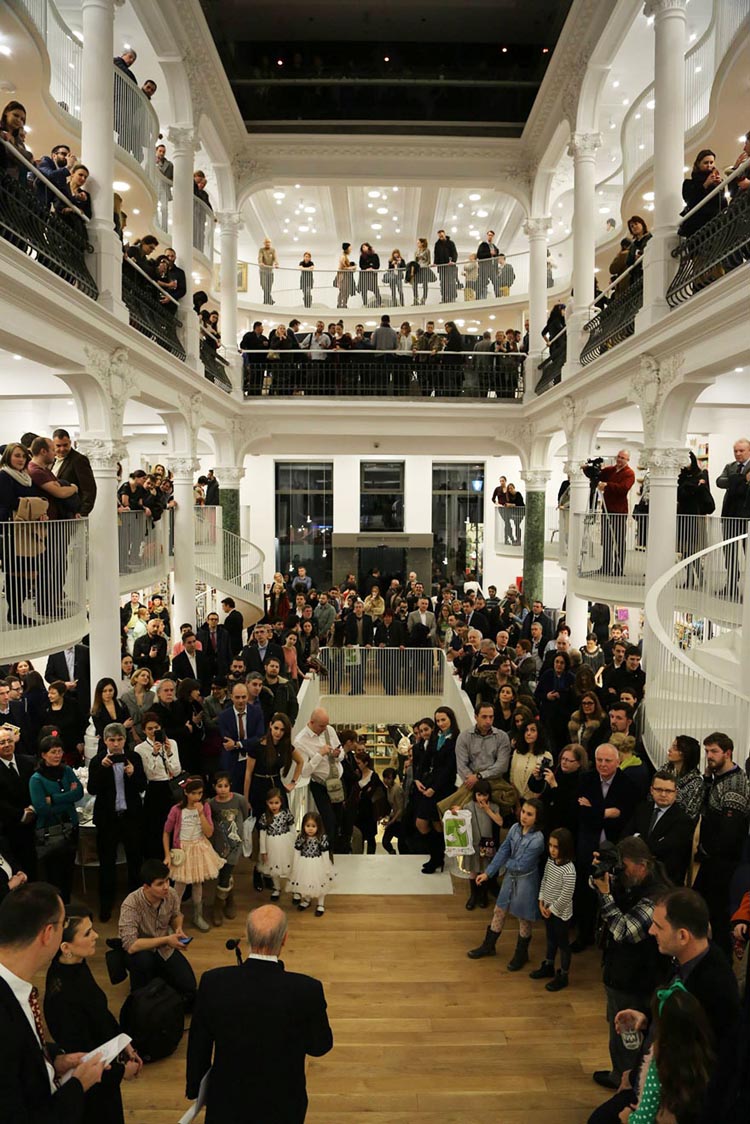 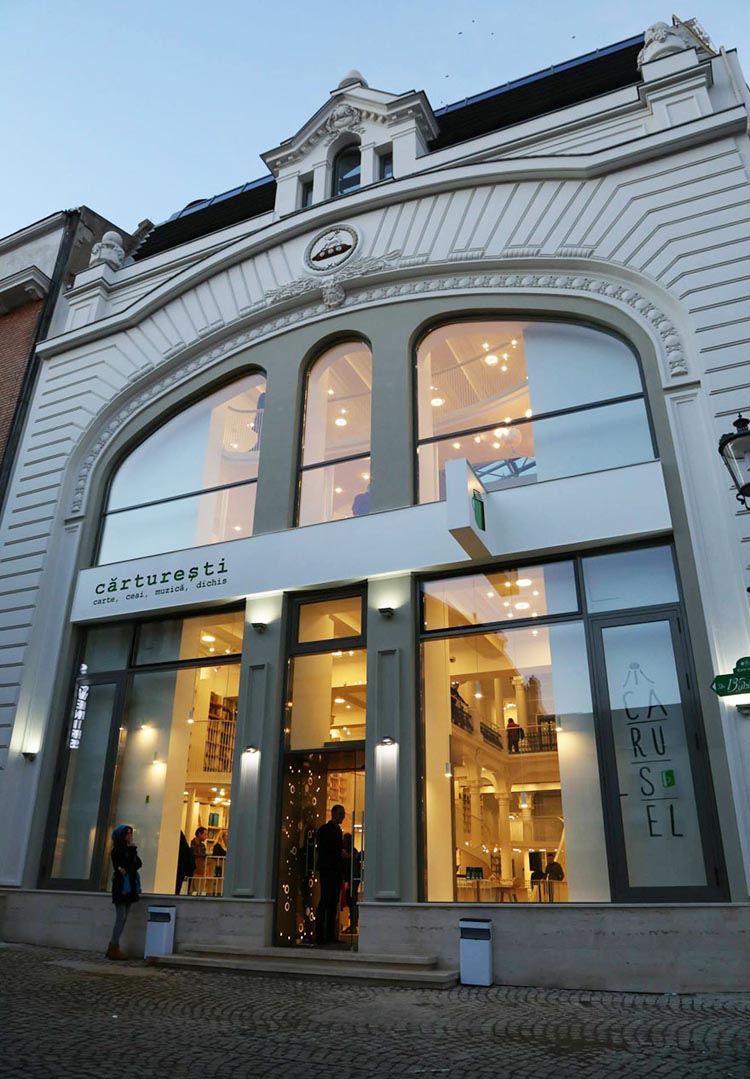