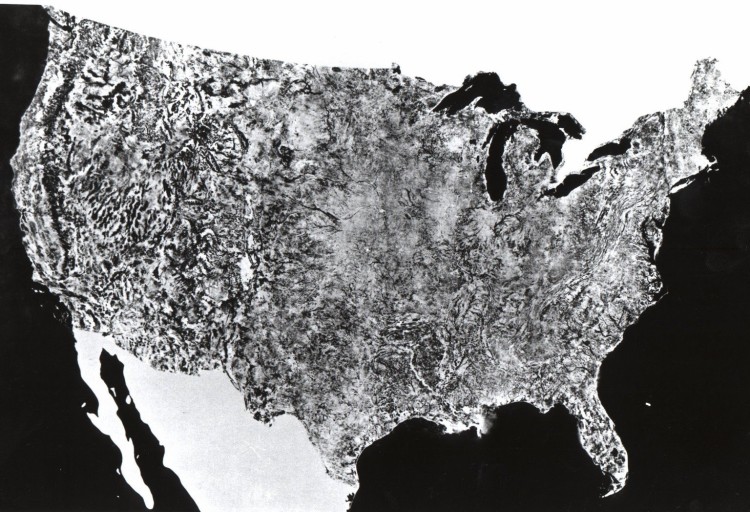 In 1974, photos taken by NASA’s Earth Resources Technology Satellite were composited together to create the first-ever image of the contiguous United States taken from space.

A giant photo map of the contiguous 48 states of the United States, the first ever assembled from satellite images, completed for NASA by the U.S. Department of Agriculture Soil Conservation Service Cartographic Division. The map is 10 by 16 feet, is composed of 595 cloud-free black-and-white images returned from NASA’s first Earth Resources Technology Satellite (ERTS-1). The images were all taken at the same altitude (912 kilometers: 560 miles) and the same lighting angle. The images were produced by the spacecraft’s Multi-spectral Scanner System (MSS) in Band 5, or the red portion of the visible spectrum, during the period July 25 to October 31, 1972.