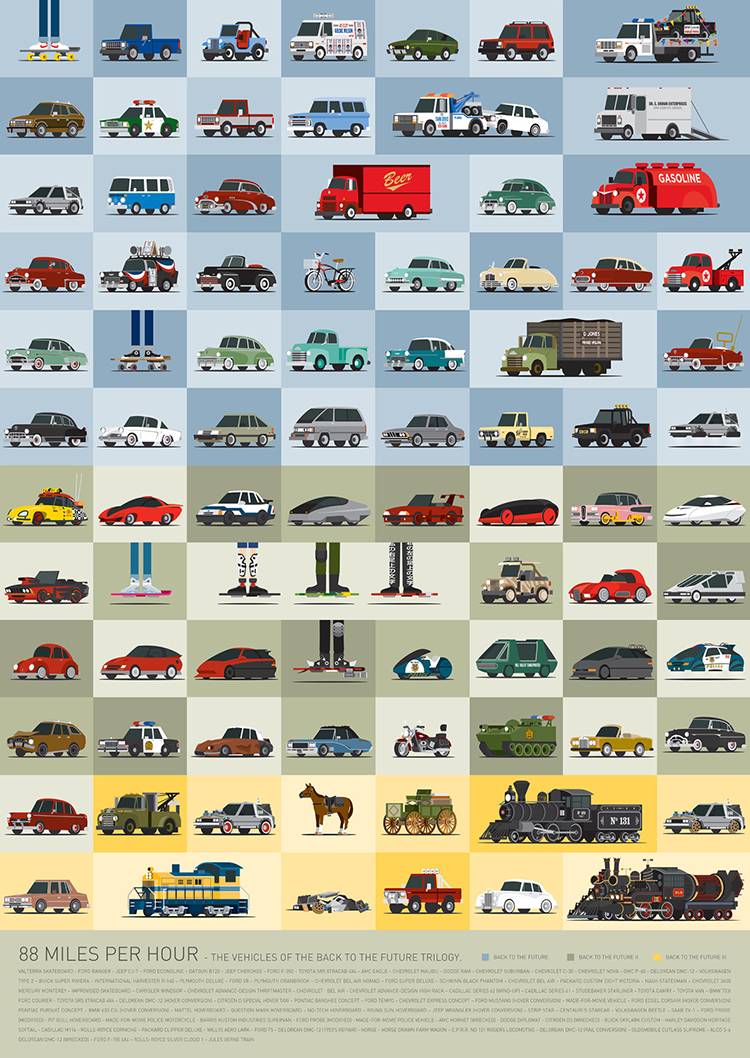 Toronto, Ontario-based art director Scott Park (previously) has created 88 Miles Per Hour, an art print featuring 88 various vehicles that appeared in the Back to the Future movie trilogy. The fantastic print is available to purchase online from his Society6 store.

In honor of the 30th anniversary year of Back to the Future (and “the future” from BTTF 2), I give you my latest poster: 88 Miles Per Hour – The vehicles of the Back to the Future Trilogy. How many vehicles? Well, to paraphrase the legendary Dr. Emmett Brown: “When this baby gets up to 88 vehicles, you’re going to see so serious obsessive levels of illustration”. Oh. Did I mention that they’re all in order of their appearance in the films. Because they are.