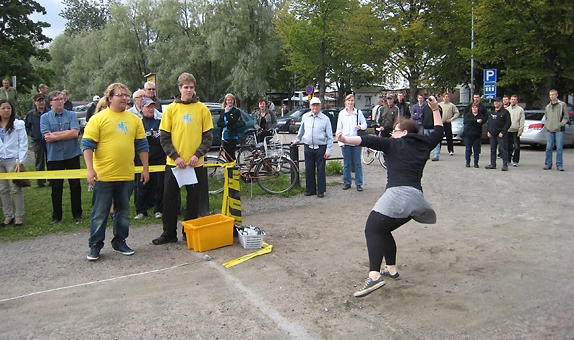 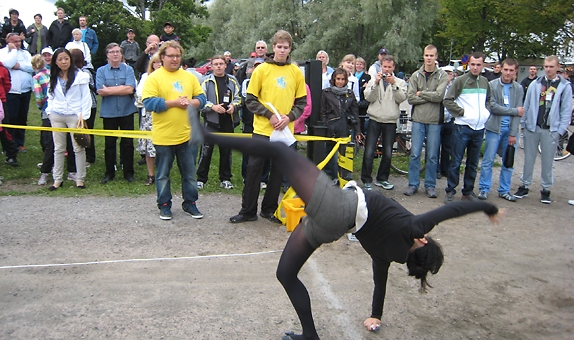 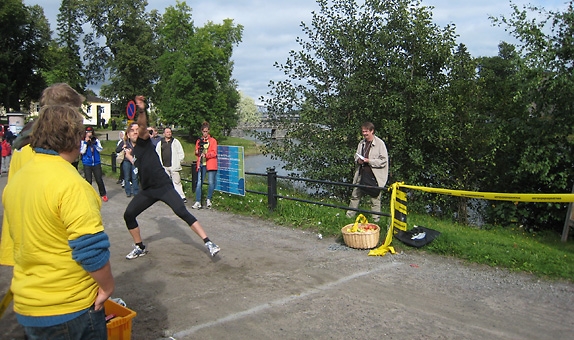 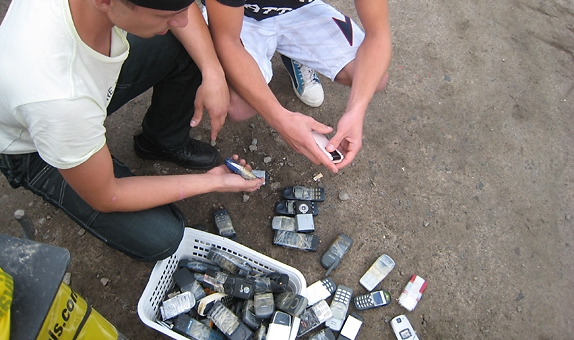 The town of Savonlinna in Finland is home to the Mobile Phone Throwing World Championship where, on August 20, 2011, about 50 international participants tossed a phone as far as they could all in the name of fun. Cell phone giant, Nokia, has its headquarters in Finland and organizer Christine Lund was inspired to create the sporting event back in 2000.

According to the insurance companies there are lots of phones laying in the thousands of lakes in Finland. Actually the phones return to the stores in exchange for new ones and then become a toxic waste. For example the battery is toxic and must be handled properly. But before mobile phones become toxic waste they can be recycled in sport activities ie. in Mobile Phone Throwing, the only sport where you can pay back all the frustrations and disappointments caused by these modern equipments.

Contestants at the event are judged on distance and technique. Mercury News published the 2011 winners in a recent article.

Oskari Heinonen won the men’s category with an 83-yard throw, edging Antti Aiko by just over a yard. Netta Karvinen of Finland won the women’s event with an almost 52.5-yard throw, beating compatriot Marja Olli. Elaine Jung of Australia won the freestyle event, where judges award “style and aesthetics,” ahead of Russians Mia Zarring and Sergei Mukhamedov. A Finnish team from Ostrobothnia won the team event.

At the 2011 championships, Fast Company captured the day’s events in a photo set.