Experimental music composer Pietro Grossi of Studio Di Fonologia Musicale Di Firenze performed a medley of Paganini concertos through the CPU of a General Electric GE-115 computer. While the concerto sounds like a video arcade from the mid-1980s, this performance took place in 1967 (13 years before the release of Pac-Man) and was pressed into a record for Olivetti Company employees.

It appears on the ‘GE-115 – Computer Concerto’ 7″ from 1967. On side A there’s transcribed classical music, on side B thereC are three original songs. The songs were programmed by Pietro Grossi. This 7″ was distributed as a Christmas and new year gift by the Olivetti company.

This is somewhat incredible: the sound of an 80s video arcade made 13 years before pacman http://t.co/nTN1MUkmyl 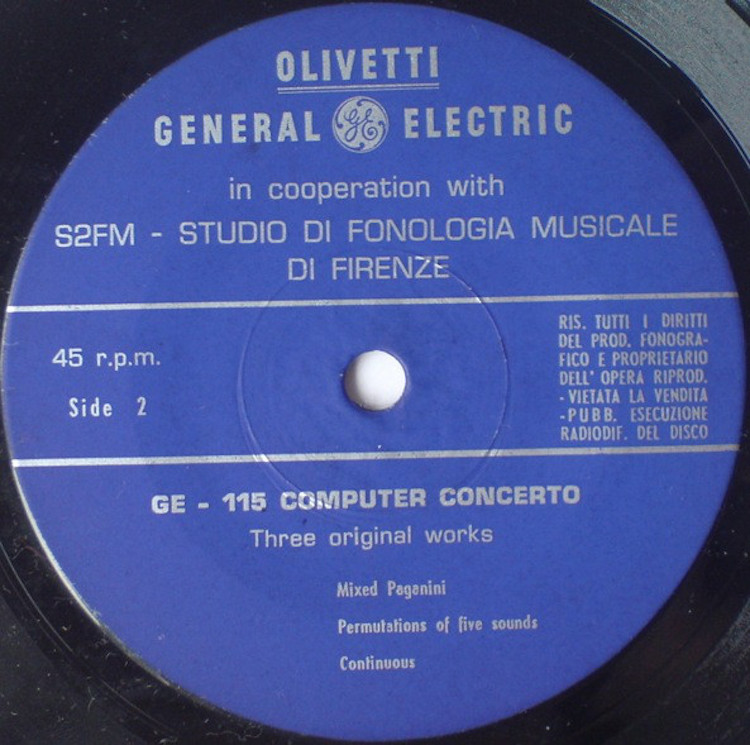