In a trippy video essay for Vox, assistant producer Marie Cascione traces the roots of psychedelic art, specifically noting how artists of the 1960s and 1970s borrowed heavily from the late 19th century style of Art Nouveau. While the subjects remained the same, the color-palate was electrified and the text was elongated and rounded. Both of these techniques were designed to grab attention and to make the viewer feel as if they were on acid.

Instead of art nouveau’s soft pastels. psychedelic artists opted for intense, high-contrast colors,
said to make your eyes “vibrate”; a reference to the “visual experiences of an LSD tripper.” … In the 60s, artists adapted the bold, dynamic typeface and pushed it even further – softening its lines and obscuring its edges, making it nearly illegible. Which served a purpose. It was meant to grab your attention and keep you interested – at least for as long as it took to figure out what the poster was trying to tell you. The result was a ton of posters that looked like art nouveau on acid.

The two time periods also had a great deal in common. Each era was full of great technological and societal changes that led to great art that reflected the tumultuous time.

In the late 1800s, new technology — electrical power, telephones, cars — was changing the way the world worked. And the way it looked. And some people, especially artists, living through this technological revolution were not so into all the new industry. To be blunt, they thought it was ugly. Out of this conflict, a new global artistic movement was born. …Like the late 1800s, the 1960s were a time of cultural upheaval. 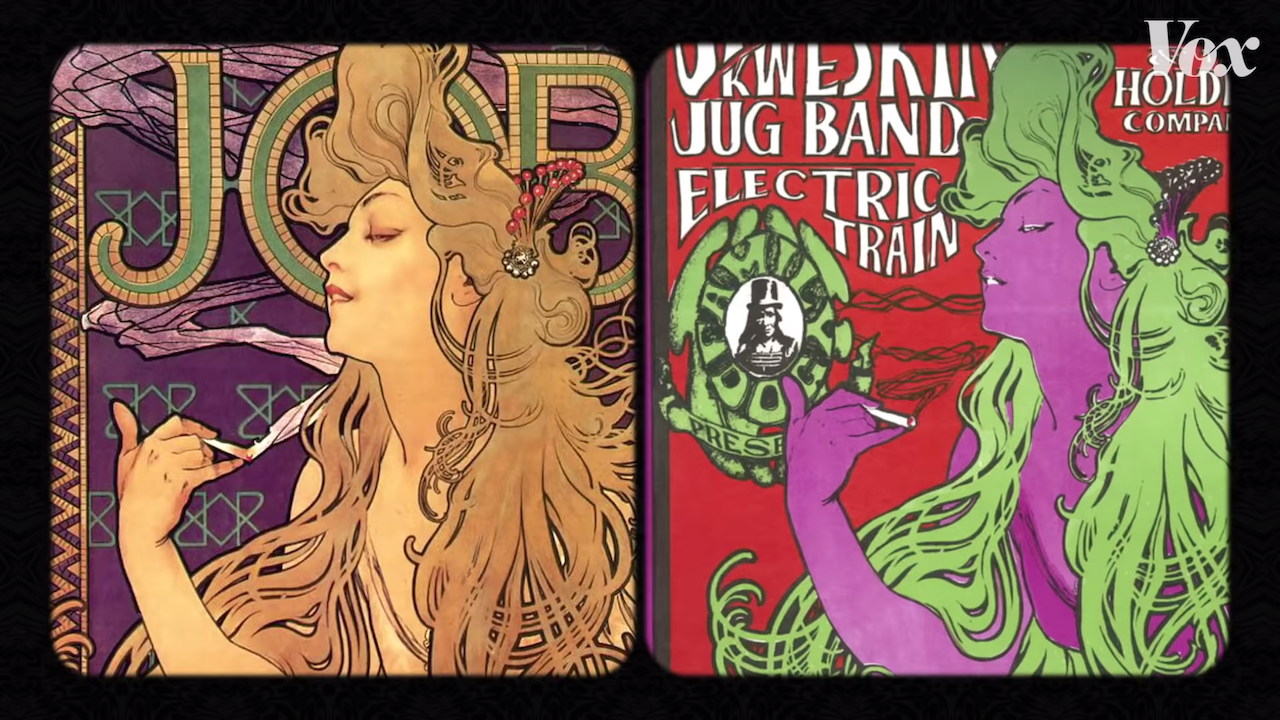 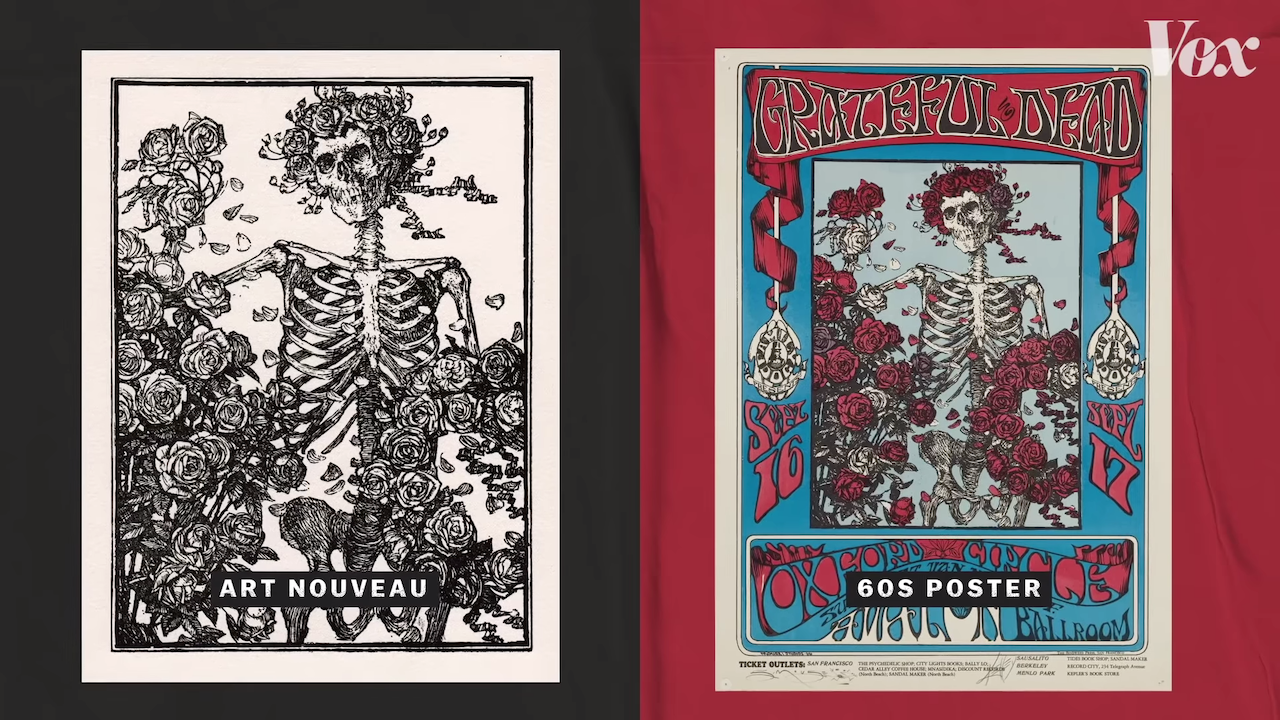