Centenarians Irene and Alice, best friends for over 94 years, recently appeared on the Steve Harvey Show and answered questions about current pop culture. They were asked about Selfies (“Where you take a picture of yourself and put it on Facebook”), Twerking (“It’s a dance, right?”), problems with the iPhone Operating System (“I don’t know what happened to good old Illinois Bell”), Justin Bieber (“He’s not doing something right”) and the baby named North West (“You’re kidding”), but the best moment came when they were asked if they knew what the term “BFF” meant. 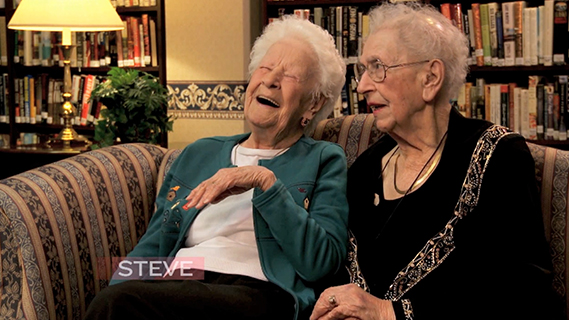 image via The Steve Harvey Show