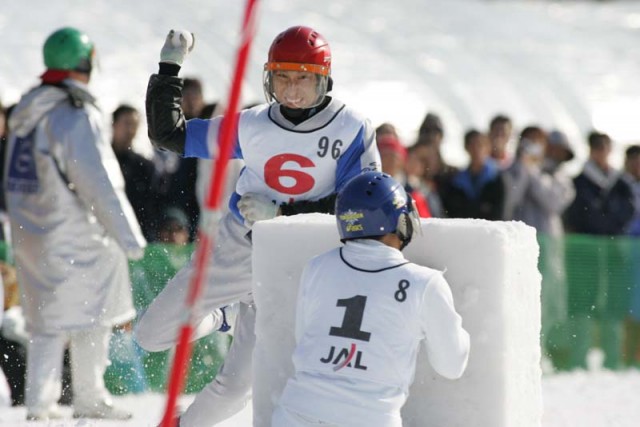 Yukigassen is a Japanese winter sport that is a cross between capture the flag and a snowball fight. Created in 1988, the sport has since spread to the other snowbound countries including the United States and Sweden (see highlights from Sweden’s 2010 Yukigassen Championship). Each year, the competition culminates in the Showa-Shinzan International Yukigassen in Sobetsu, Japan.