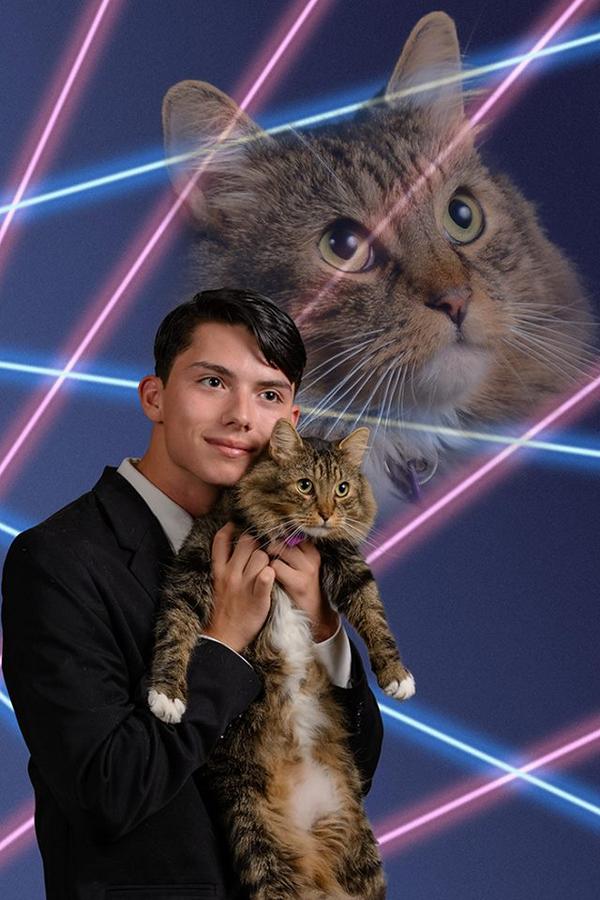 Schenectady High School senior Draven Rodriguez posted an online petition asking his school to include a photo of him holding a cat against a laser background in the class of 2015 yearbook. Rodriguez explained on the petition page itself that the school had not yet rejected the photo, and this move was a “pre-emptive strike.”

The petition well exceeded its initial goal of 500 signatures, likely due to national attention to the story, but the school has said that while the photo can be included in the yearbook it won’t be allowed to be Rodriguez’s senior portrait.