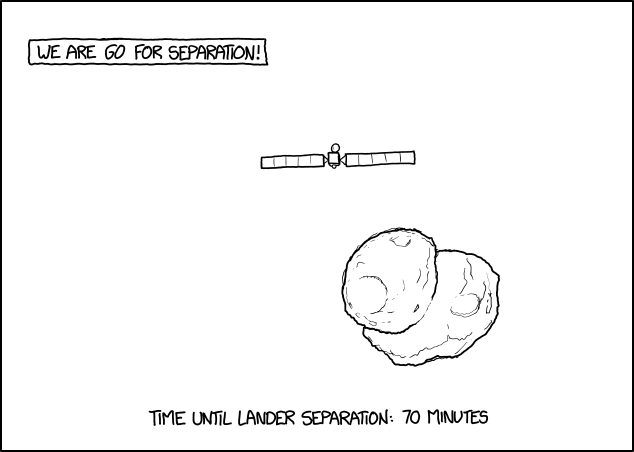 Webcomic xkcd by Randall Munroe chronicled the successful landing of the Philae spacecraft on comet 67P/Churyumov–Gerasimenko with a 142-panel epic. Readers can scroll through all 142 panels (the first six of which are blank) and follow the major events of the harrowing seven-hour landing attempt. Despite some problems with Philae’s harpoons and top thruster, the craft successfully landed on comet 67P/Churyumov–Gerasimenko on November 12th, 2014 and has already begun sending photos and data back to the European Space Agency.

Philae’s landing was part of ESA’s Rosetta mission, which launched in 2004 and will continue until its nominal end in December 2015. Philae is the first craft to make a soft landing on a comet and is expected to provide valuable information about the nature of comets. 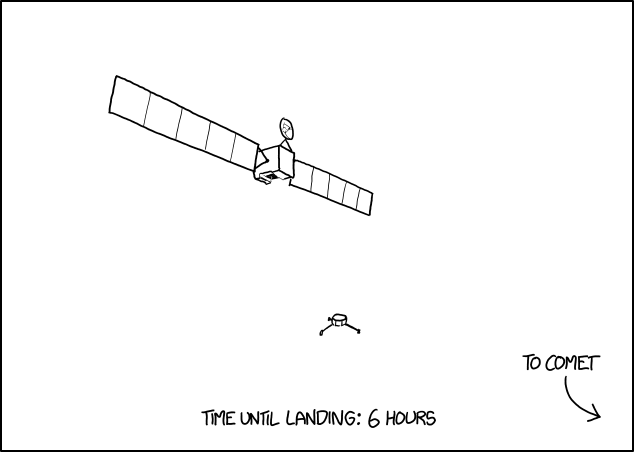 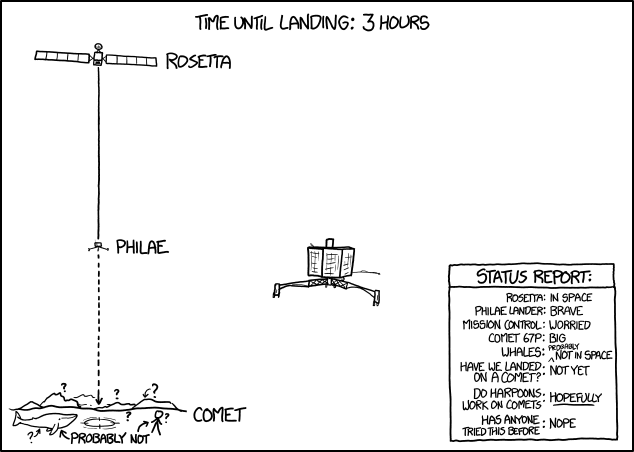 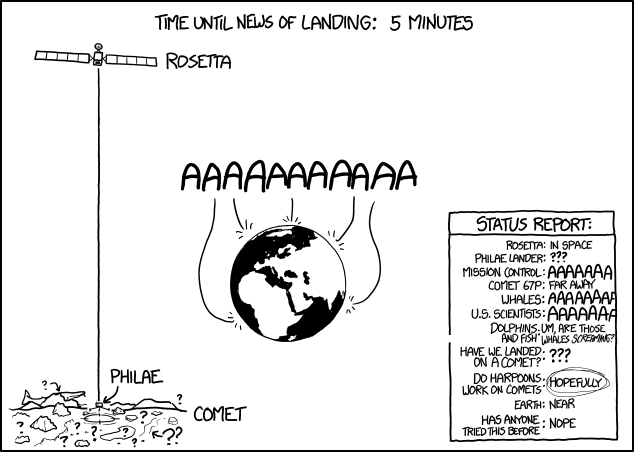 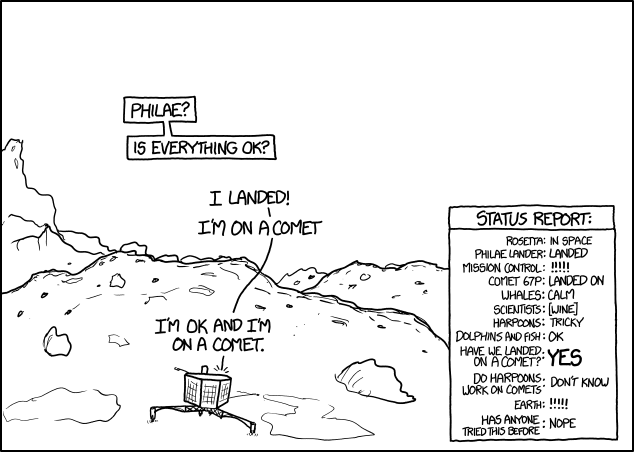