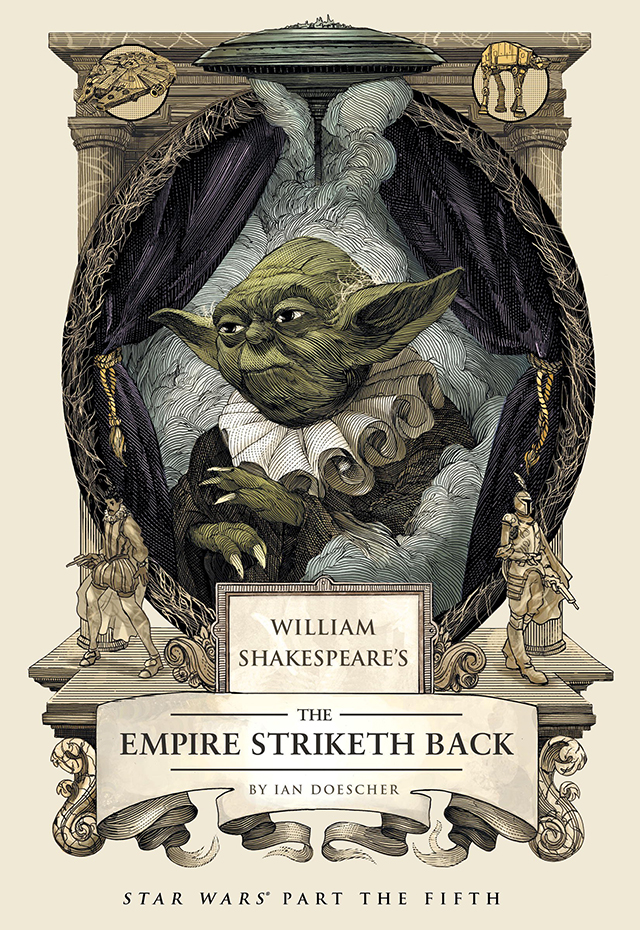 William Shakespeare’s The Empire Striketh Back is the upcoming second book in a trilogy by Portland-based creative director and author Ian Doescher that retells the story of Star Wars Episode V: The Empire Strikes Back in the recognizable style of William Shakespeare. The book, published by Quirk Books, will feature incredible artwork by illustrator Nicolas Delort. Hardcover and e-book editions of the book are available to pre-order online at Amazon (e-book) and Barnes & Noble. Previously, we wrote about his first book William Shakespeare’s Star Wars.

Ian’s third book in the trilogy, The Jedi Doth Run, will retell Star Wars Episode VI: Return of the Jedi and be released on July 1st, 2014. It is also available to pre-order from Amazon (e-book).

Return to the star-crossed galaxy far, far away as the brooding young hero, a power-mad emperor, and their jesting droids match wits, struggle for power, and soliloquize in elegant and impeccable iambic pentameter.

Illustrated with beautiful black-and-white Elizabethan-style artwork, these two plays offer essential reading for all ages. Something Wookiee this way comes!