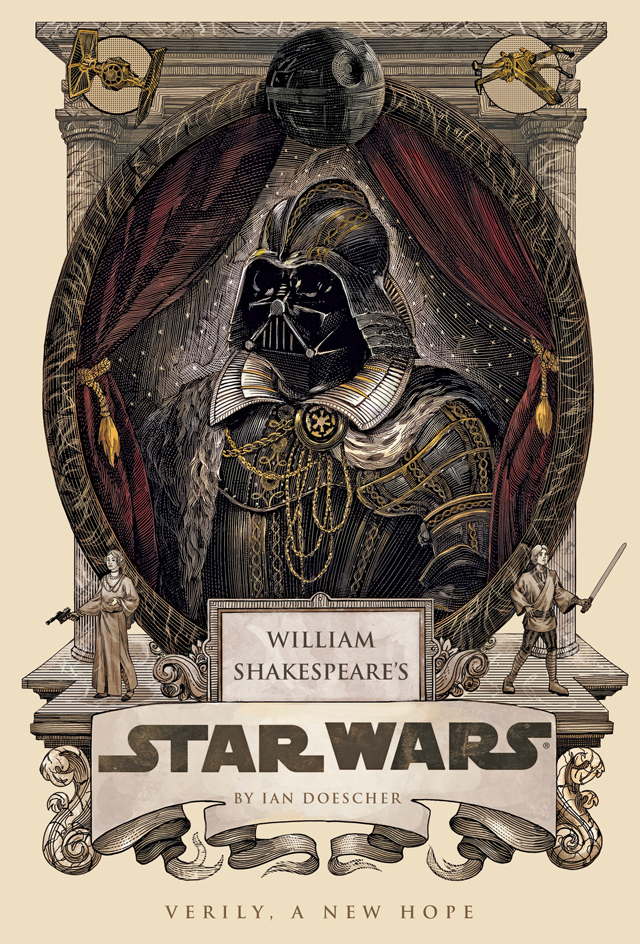 William Shakespeare’s Star Wars is a book by Portland-based creative director and author Ian Doescher that reimagines the story of Star Wars in the distinct style of William Shakespeare. It was published by Quirk Books and features twenty fantastic illustrations by artist Nicolas Delort. Hardcover and e-book editions of the book are available to purchase online at Amazon (e-book) and Barnes & Noble.

Return once more to a galaxy far, far away with this sublime retelling of George Lucas’s epic Star Wars in the style of the immortal Bard of Avon. The saga of a wise (Jedi) knight and an evil (Sith) lord, of a beautiful princess held captive and a young hero coming of age, Star Wars abounds with all the valor and villainy of Shakespeare’s greatest plays. ’Tis a tale told by fretful droids, full of faithful Wookiees and fearstome stormtroopers, signifying…pretty much everything.

Reimagined in glorious iambic pentameter—and complete with twenty gorgeous Elizabethan illustrations–William Shakespeare’s Star Wars will astound and edify Rebels and Imperials alike. Zounds! This is the book you’re looking for.

Here is a trailer for William Shakespeare’s Star Wars from Quirk Books: 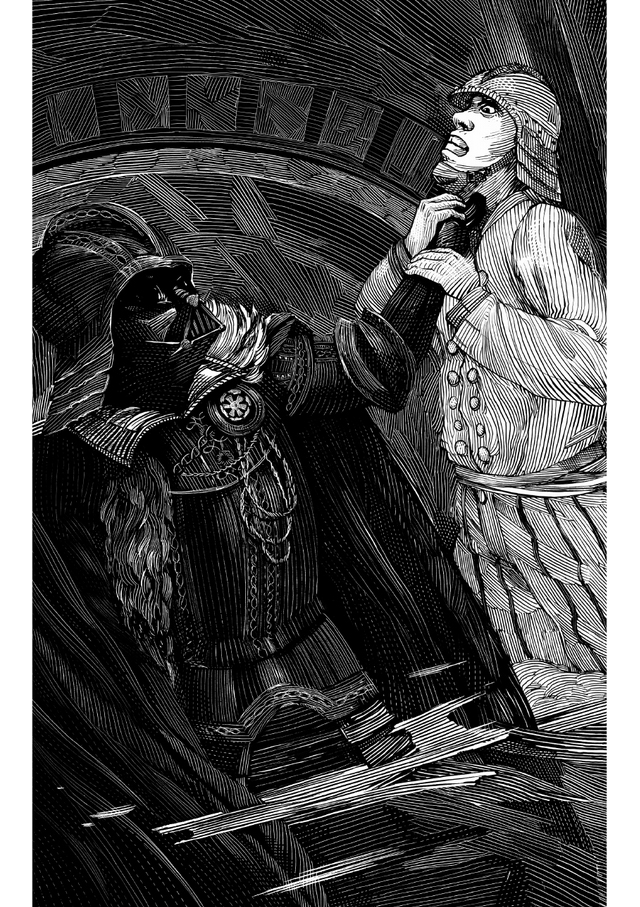 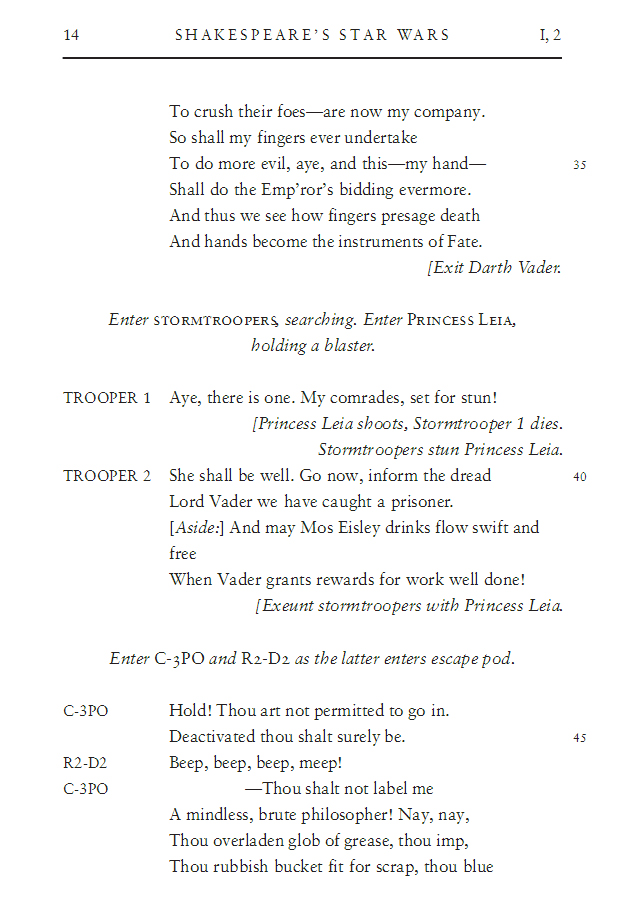 images and video via Quirk Books

via Blame It On The Voices