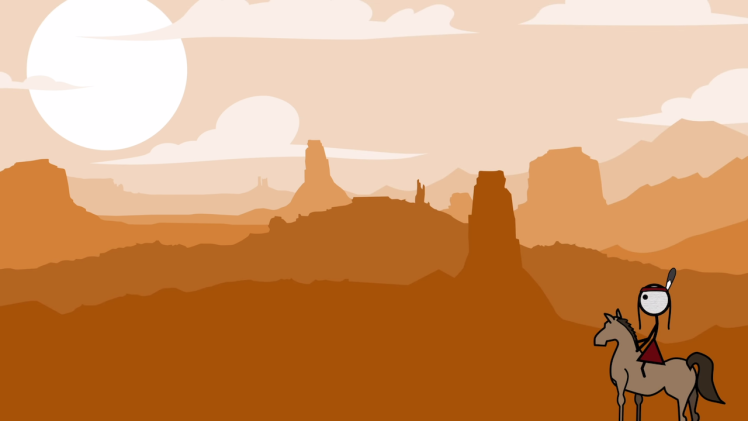 In a truly enlightening animated video essay, the ever-insightful CGP Grey explains how all of the many indigenous North American tribes of people were given the confusing and singular label of “Indian” by outsiders. He also elucidates how this word came to be embraced by the very people the word described and how the term “Native American”, although acceptable, isn’t truly accurate.

For at least 300 years, ‘Indian’ has meant the first people in this part of the world. Separated at first but thrust into a shared history. It is clear. It is sharp. The word ‘Native American’, less so. It can include everyone from the top to bottom of two continents. …The histories of North, Central, and South America are as divergent as the histories of Asia, Europe, and Africa. To call a person …a ‘Native Afro-Eurasian’ would be so over-inclusive as to make it difficult for that human to strongly identify with or rally others under. So it goes for ‘Native American’.