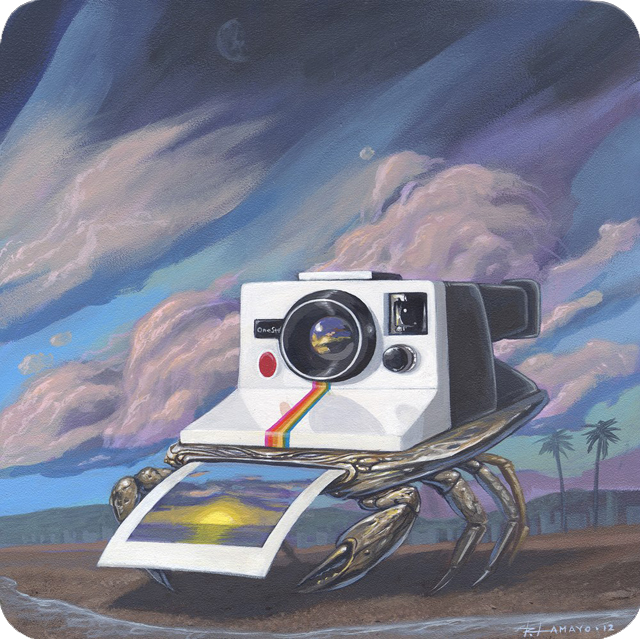 In N Out by Roland Tamayo

Gallery1988 will be hosting a solo art show for California artist Roland Tamayo titled Where The Heart Is. His artwork for the show and the messages reflected in each piece were inspired by his twin boys and will also be influenced by imagery from around his hometown, sea creatures, nostalgic thoughts and pop culture. The exhibit will take place from Saturday, October 20, 2012 through Saturday, November 10, 2012 at Gallery1988 Melrose in Los Angeles.

A statement from Roland Tamayo:

It came natural to create a show with my twin boys in mind. Something fun and positive that they could hopefully get something out of. Obviously they have been the biggest influence in my life lately, and the pieces reflect little messages for them, which hopefully many can relate to while using things close to my heart. I’m playing with images from my hometown, sea creatures, and nostalgic thoughts and pop culture for me that my children are starting to enjoy as well. I hope you can make it, and please share this with anyone you think might be interested! 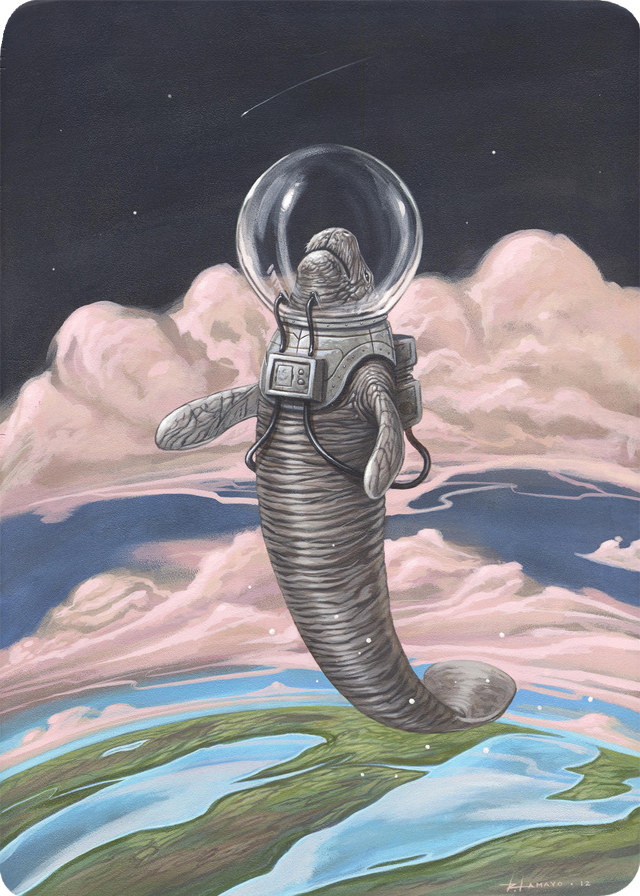 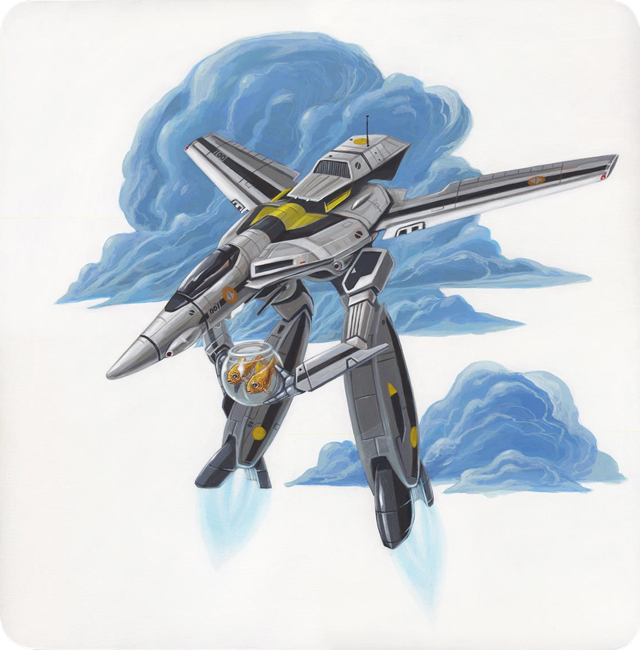 The Bigger They Are by Roland Tamayo 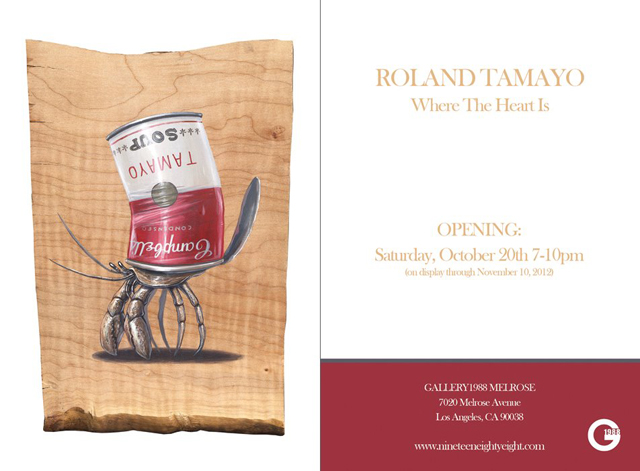