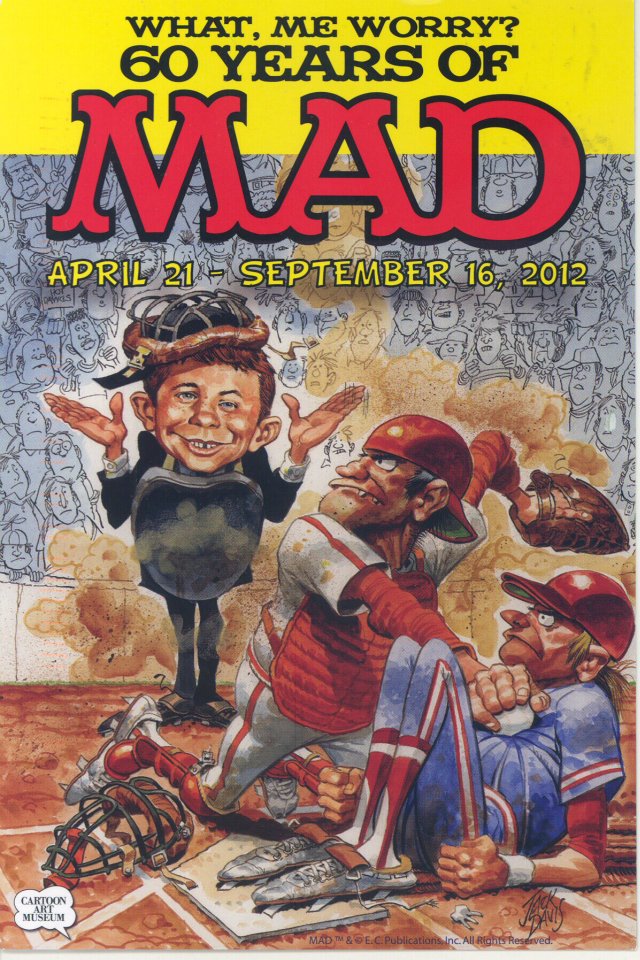 What, Me Worry? 60 Years of MAD is an exhibtion at the Cartoon Art Museum in San Francisco, California. It “celebrates the rich history of MAD from the original comic book through the black-and-white magazine to its latest incarnation as a full-color bi-monthly publication supplemented by online content.” The exhibition started April 21 and will run through September 16, 2012.