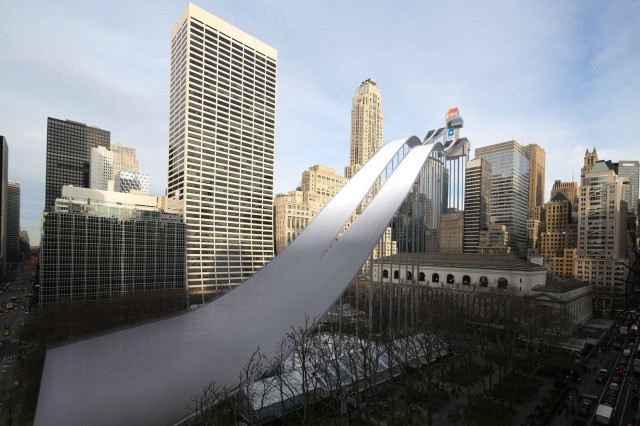 The New York Times imagines what New York City might have looked like if, instead of failing in their 2012 Summer Olympics bid, they’d won a bid to host the Winter Olympics. They accomplish this by superimposing versions of typical Winter Olympics event constructions, like the downhill course used for alpine skiing, over classic New York City locations such as Central Park.

The full interactive article, which includes maps and specific data on this visualization, is available at The New York Times. 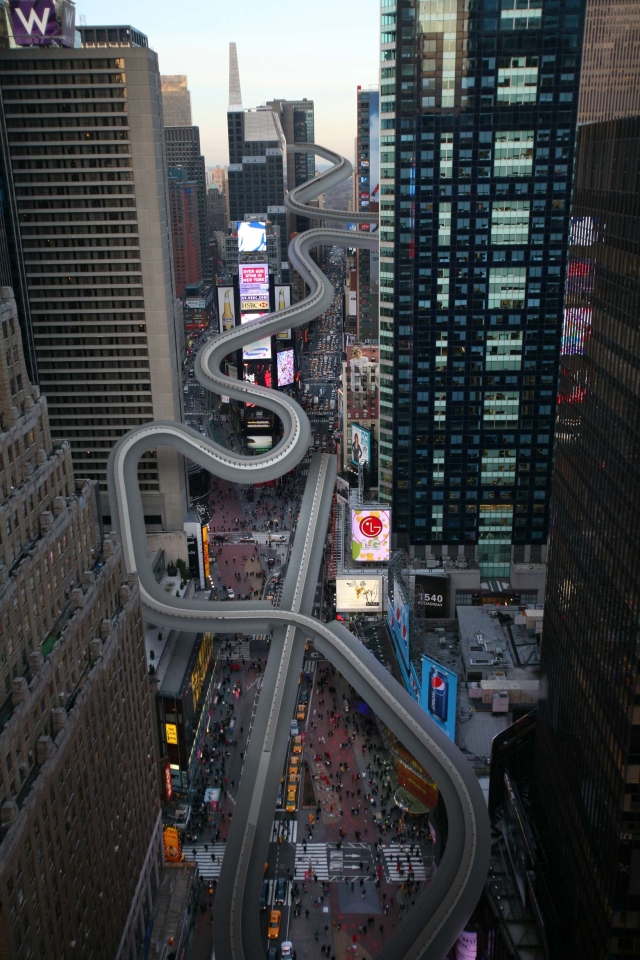 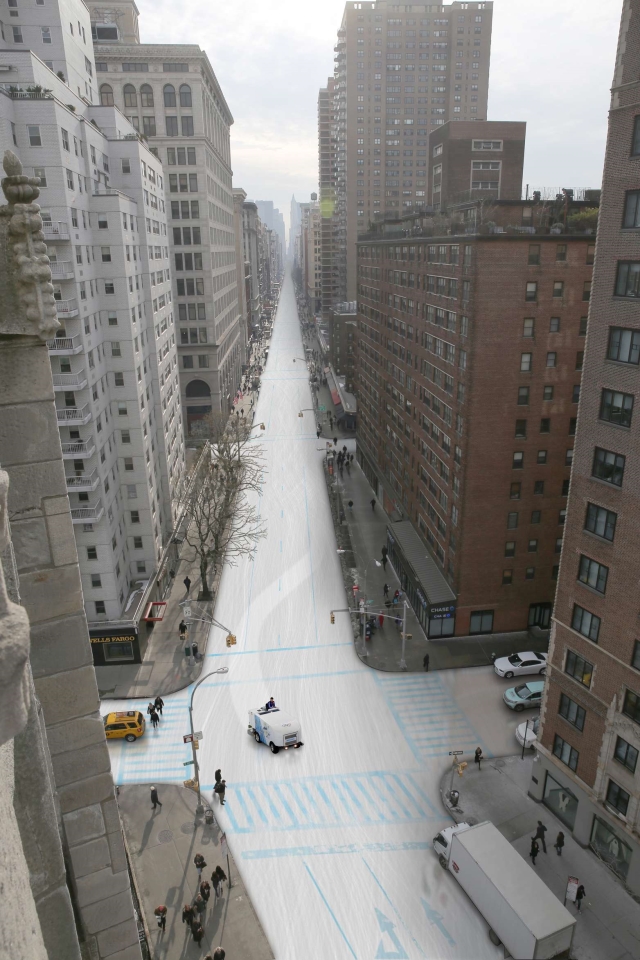