20th Century Fox has released a new trailer for Alien: Covenant, the upcoming film directed by Ridley Scott and written by John Logan. The new trailer features the Weyland-Yutani Corporation creating their latest creepy synthetic android, named Walter (Michael Fassbender), who is tasked with assisting the Covenant crew. Alien: Covenant, the sixth installment in the Alien film series and sequel to Prometheus, is scheduled to attack theaters on May 19th, 2017.

Walter is the world’s most advanced synthetic companion, designed to help you achieve a better human experience. Each model is individually calibrated to serve its owner’s unique set of needs and preferences.

Ridley Scott returns to the universe he created, with ALIEN: COVENANT, a new chapter in his groundbreaking ALIEN franchise. The crew of the colony ship Covenant, bound for a remote planet on the far side of the galaxy, discovers what they think is an uncharted paradise, but is actually a dark, dangerous world. When they uncover a threat beyond their imagination, they must attempt a harrowing escape. 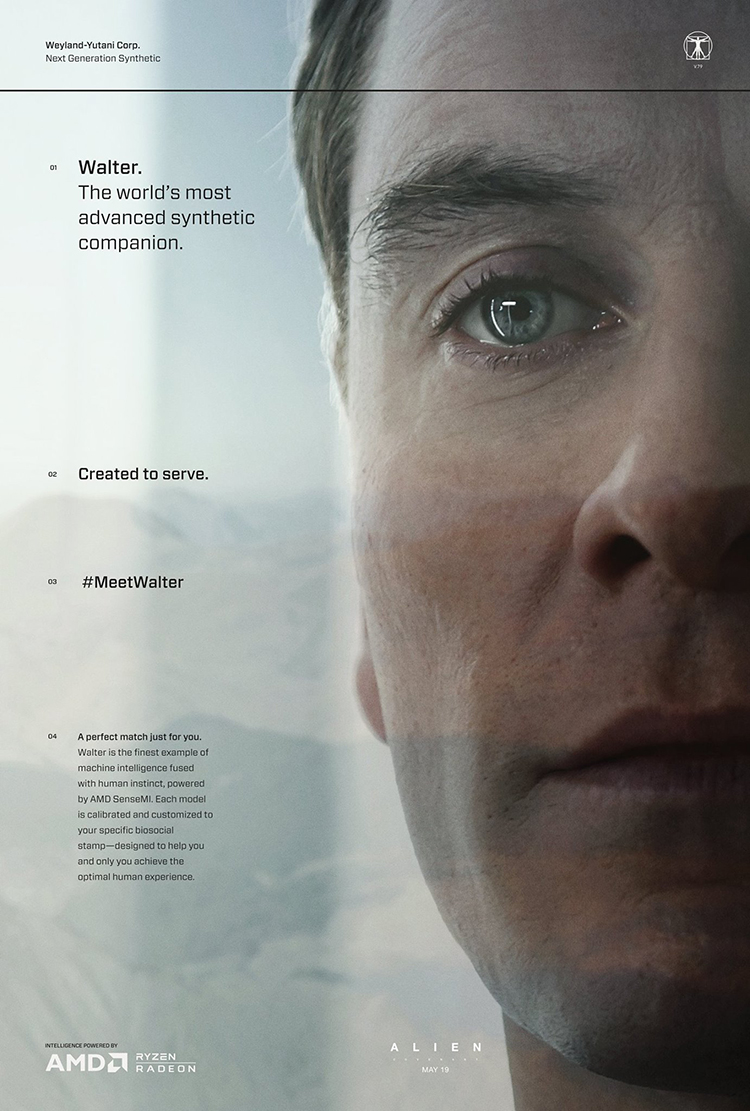