During a live show in 1999 at the Marin Center in San Rafael, California, the amazing “Weird Al” Yankovic (previously) did his best impression of Trent Reznor with a rather prescient parody of several different Nine Inch Nails songs simply entitled “Germs”.

Sometimes I really want to be alone
But that’s one state I’m never in
Because I know that I’ve got millions upon millions
Of tiny one-celled organisms living on my skin
I rub and scrub until my flesh is raw and bleeding
(Germs) But they just come right back again
(Germs) I can’t even see ’em
But I know they’re up to something
Hey-don’t touch that-you don’t know where it’s been!

Here’s the original music video for the song.

This topic has concerned Al for quite a while, and despite his best efforts, he wants to do more as indicated by his response to the BBC. 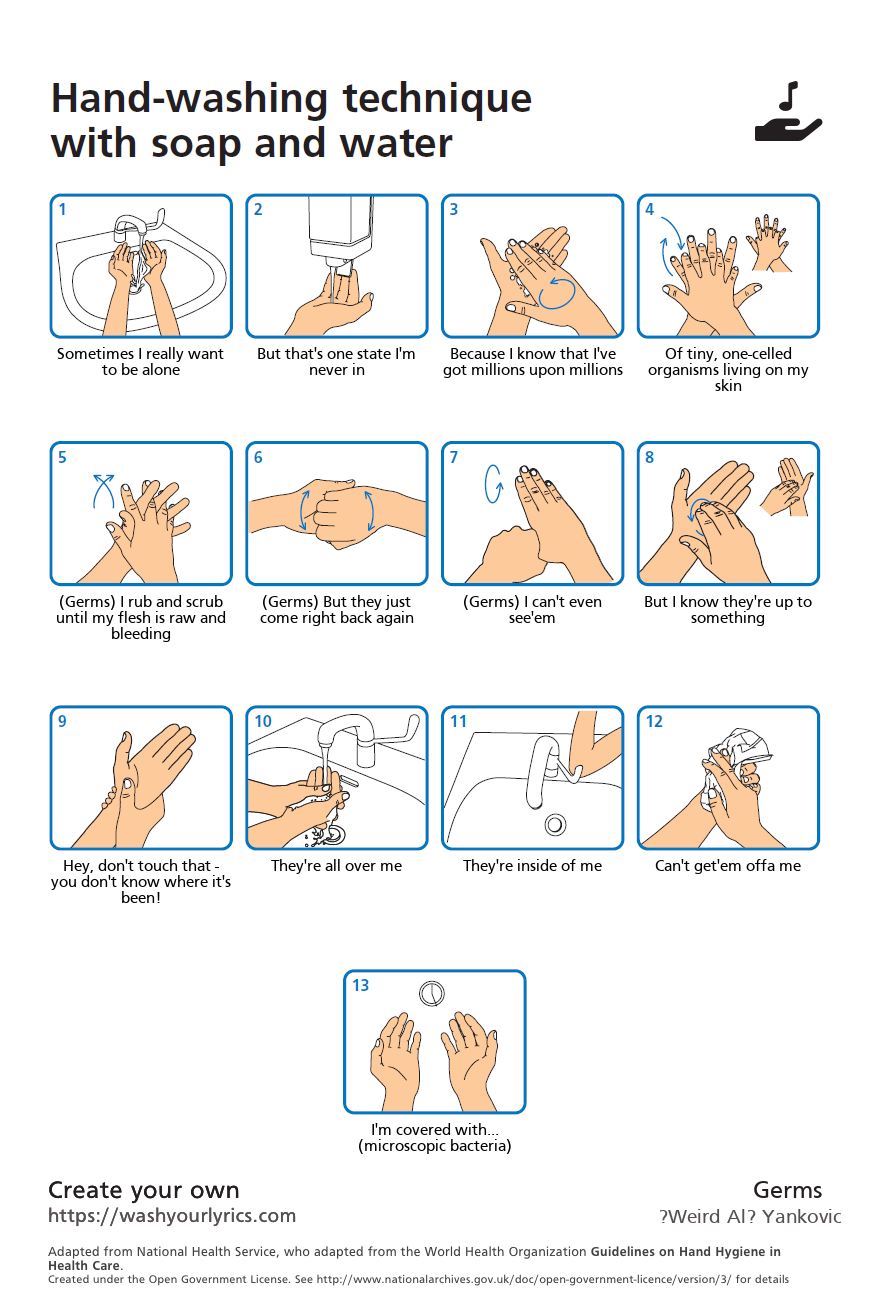