When Matthew Hartman surprised his girlfriend Elisabeth with a wedding proposal at a beach in Southern California last November, he was hoping the Pacific would provide a scenic backdrop—instead, he got something a bit more epic. As he got on one knee, the ocean surprised the couple with a giant wave, which washed them ashore. The whole event was photographed by Jon Hwang, and captured on video by a friend. And in the end she said yes. 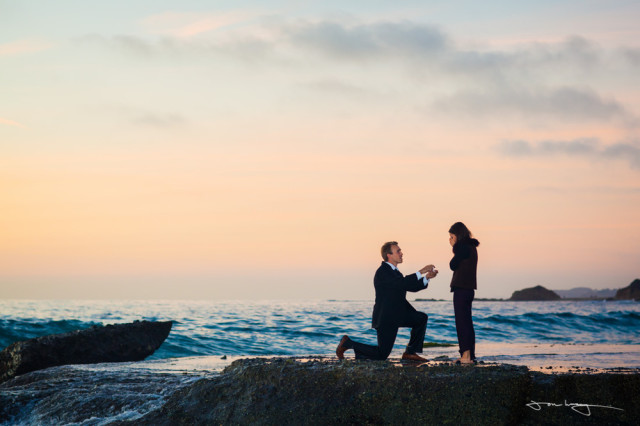 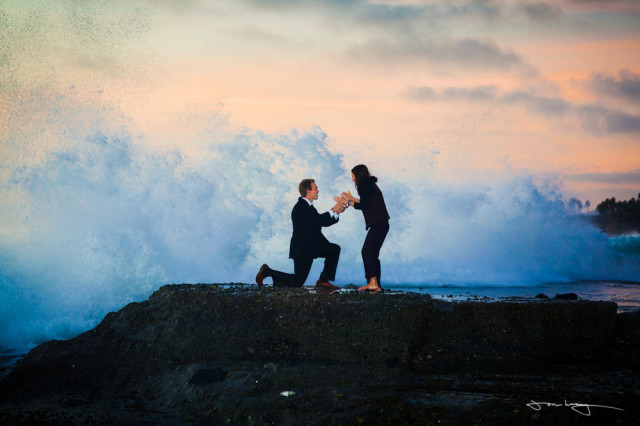 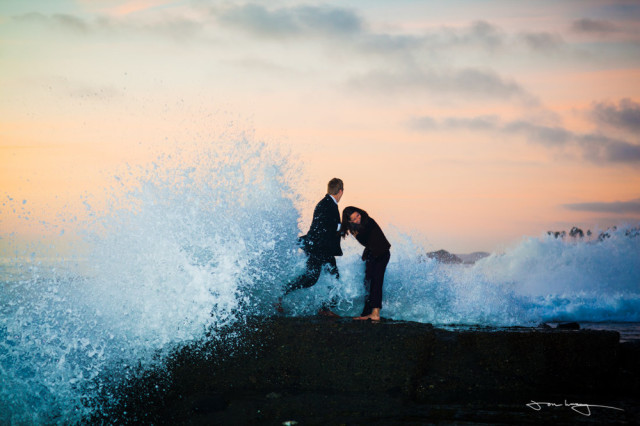 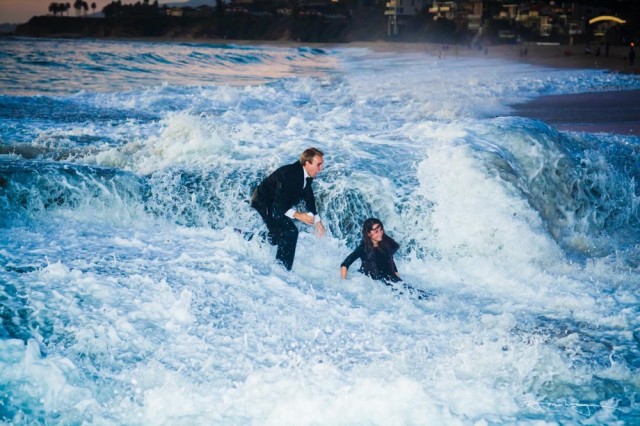