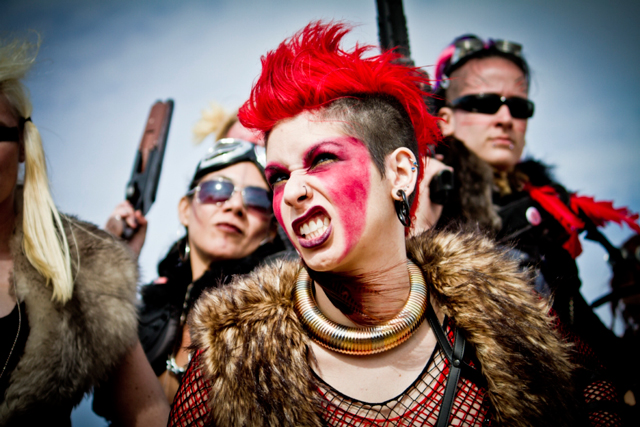 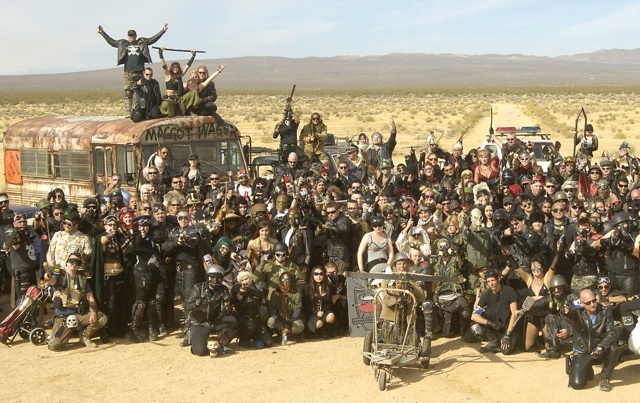 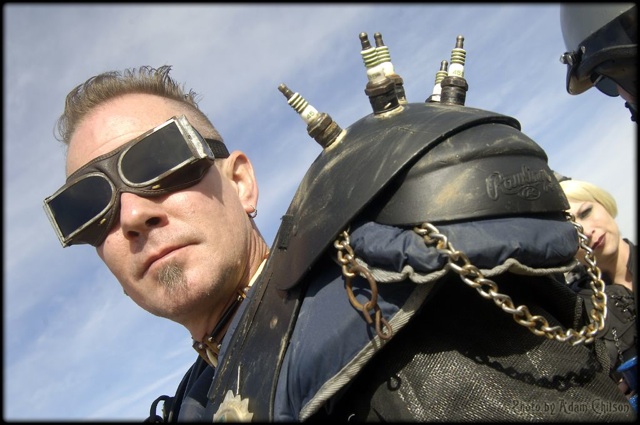 Now in its second year, Wasteland Weekend is a 3-day Mad Max inspired post-apocalyptic, adults-only event that takes place September 23-25 in the California Mojave Desert outside of Los Angeles.

The Judgement Day cultists may have been wrong about May 21st, but the apocalypse IS coming. And it’s going to feature lots of young Californians in mohawks and leather.

Experience the Apocalypse Sept 23rd–25th at Wasteland Weekend 2011, a 3-day post-apocalyptic party in the Southern California desert. Slated to occur in the Mojave desert north of Los Angeles, the costumes-mandatory event promises to build on the success of Wasteland Weekend 2010, an event which brought out some 400 people, was covered by G4 and the Associated Press, and was honored by a special acknowledgement from Mad Max film franchise director, George Miller.