Back in May, Mark Krawczuk recruited 20 teams of artists for “Waiting For The Man,” an experimental competition to see which teams could appear most interesting on a Manhattan street. Each team set up along Broadway and put on an eye-catching street performance in whatever way they saw fit. A man was recruited as the unwitting judge—he was told to walk down Broadway and shoot 10 photos of anything interesting he saw along the way. At the end of his stroll, his film was developed and the teams that he photographed were crowned the winners of the competition. 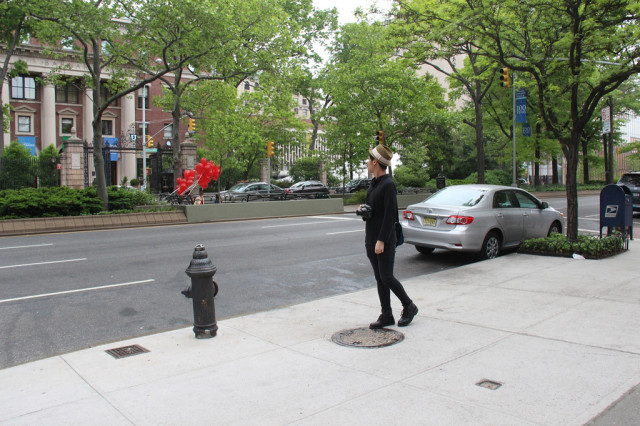 The judge spots one of the teams. Photo by Fumie Ishii The judge photographs one of the teams. Photo by Fumie Ishii