Software engineer Dave Stein of the AT-AT Project recently brought a vintage Kenner AT-AT Walker toy to life with the use of an Arduino Uno board and an Xbox 360 controller. According to the Arduino Blog, “the AT-AT walker toy updated by Dave is controlled by a wired Xbox 360 controller that interfaces with a computer and transports a signal to the Arduino Uno for walker movement.”

If you played with this toy growing up you will probably remember how clumsy it was and difficult to move around.

The goal of this project was to take my old beat up AT-AT Walker and make it walk. There were many different obstacles I had to overcome to complete the project such as quadrupedal movement, learning how to use an Arduino microcontroller, basic electronics and breadboarding, not damaging the plastic components of the toy during fabrication, configuring an Xbox controller to make the AT-AT move, etc… 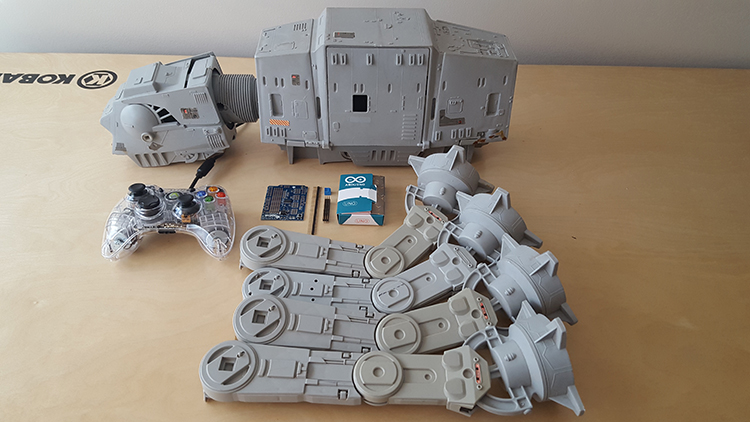