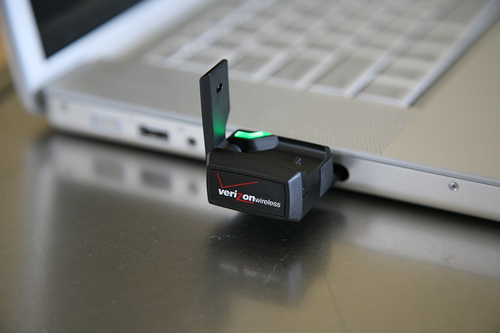 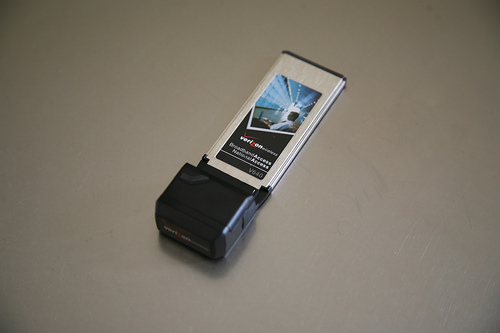 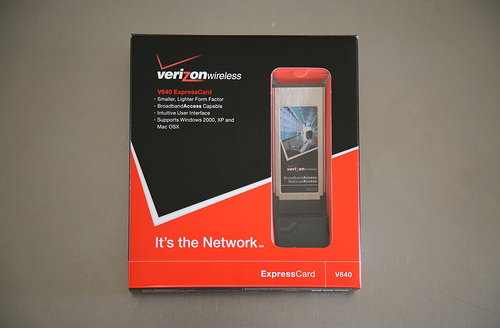 The 8 month wait is over. After several delays, I have finally received the Verizon Novatel V640 EV-DO ExpressCard, so now I can use an EV-DO card with my MacBook Pro. When Apple released their new MacBook Pro back at MacWorld in January, they switched from PCMCIA to ExpressCard/34, which meant I was no longer able to use my existing Verizon EV-DO PC card. Well, I’m back in action now. The smaller form factor is added bonus.

There is also an adapter coming out for ExpressCard/34 to PCMCIA which should allow me to also use this new EV-DO card with my EV-DO router.

Verizon officially supports Mac OS X now, which is great news. The EV-DO ExpressCard shipped with a VZAcess Manager Software CD for both Windows and Mac. The setup was flawless and I was up and running in 10 minutes. I just tested out the new card at the Laughing Squid headquarters in the SE part of Potrero Hill in San Francisco and it is working great. So far the download speeds are not as high as with my previous card (500Kbps vs. 1200Kbps), but I still need to do more testing.