a special guest post by V. Vale regarding his thoughts on the recent death of J.G. Ballard 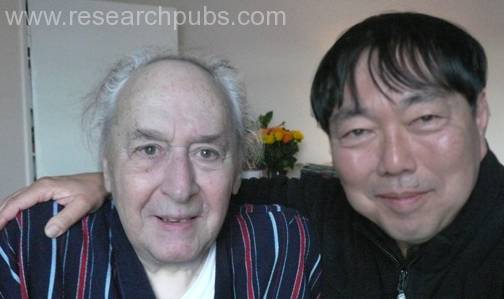 “Death always presents the face of surprised recognition,” wrote William S. Burroughs. He also advised all of us to “Stay out of hospitals,” and “Avoid Doctors.” Well, even though I had been concerned about J.G. Ballard’s health after hearing two years ago that he had been diagnosed with “advanced” prostate cancer, I still felt a kind of unthinking complacency mixed with my concern: “Almost every human male has prostate cancer when he dies; it acts very slowly and can take decades to kill a man.” To be honest, I really didn’t think he would die THIS SOON. Yet, I can’t say that I was “surprised,” either.

For the past two or more years Ballard had been undergoing state-of-the-art, high-tech treatment from a young doctor who reportedly was trying every new medical breakthrough remedy or procedure which promised “hope” for Ballard’s condition. Recently, however, Ballard had been rushed to a hospital, and after sustained care there had returned to the home to his longtime (40-plus years) companion, Claire Walsh. The latest word was that he had recently required around-the-clock care by visiting professional nurses, which sounded somewhat alarming. Still, I maintained calm. Now I wish I had tried to telephone him and talk one last time, even if just for a minute. I think I expected Ballard to live at least as long as Burroughs, who reached the age of 83, even after having been “a junkie” for years of his life. By a strange logic, I felt that since Ballard hadn’t been a junkie, he should live even longer than 83. Well, I was wrong.

It seems like a lot of people have died earlier than expected, and not necessarily with requisite due fanfare. Robert Delford Brown, featured in my “Pranks” book, recently died at age 78, apparently having drowned in a river he was scouting as a possible site for a future art project. The godfather of performance art, Allan Kaprow, died a few years ago without my noticing. There are more; I just have to make a list…

I particularly hate it when “rebels” die — there are already so few of them/us. Sometimes it seems like virtually everyone you meet these days in the world is a slave to the profit motive/capitalist imperative: “What’s the meaning of life?” “To make money!” Ballard and Burroughs refused to prostitute their writing, and they both refused to shmooze and “network” merely to further their “careers.” Both had a hatred of bourgeois hypocrisy and phony politeness, while at the same time being deeply polite and courteous, almost to a fault … more than one undeserving writer received a kind word or two of encouragement from them (and put those words on the back cover of a worthless (albeit filled with sensationalism, sex, violence and shocking imagery) book. (I can name names, if pressed…)

But for now, let us think of ways to publicly mourn one of the greatest thinkers and poets of the past century. By some irony, The Complete Short Stories of J.G. Ballard is reportedly to be published in the United States, complete with two additional stories not included in the U.K. edition. Short stories, more than novels, may appropriately suit the trend of the increasingly shorter attention span of the human populace, who increasingly demand more flash ads, tiny videos and music quotations as they read their two-minute, two-page articles on the Internet. I suggest that for the next month (or year), readers shut out everything else and read ONLY J.G. Ballard novels, short stories, essays, interviews and reviews. Your mind, language, and outlook are guaranteed to be permanently altered…