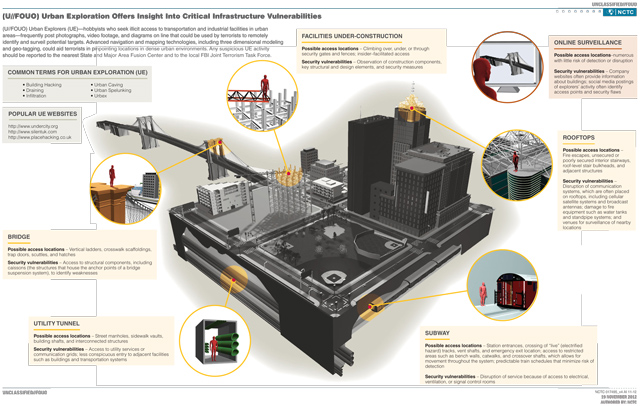 In November of last year the National Counterterrorism Center distributed an internal document warning that urban explorers are exposing security vulnerabilities that could aid terrorists. Ominously titled “Urban Exploration Offers Insight on Infrastructure Vulnerabilities,” the one-sheet warns that the photos, videos, and diagrams posted by urban explorers could be used by terrorists to “remotely identify and surveil potential targets.” It also outlines several urban exploration scenarios—bridges, construction sites, rooftops, and so on—and lists the security vulnerabilities that are exposed for each site. The document ends with an advisory to report “any suspicious UE activity” to the nearest “State and Major Area Fusion Center and to the local FBI Joint Terrorism Task Force.” The document was posted online earlier this week by Public Intelligence.

It’s certainly a very alarmist view of urban exploration, but then again the National Counterterrorism Center is probably not known for its sunny outlook. However as Wired points out, blueprints and other sensitive information are available in other public venues like libraries (to say nothing of Google Street View…) Urban explorer Bradley Garrett of Place Hacking offers a decidedly different view of urban exploration:

You know what your best defence against terrorism is? A bunch of people who love their city, paying attention, with cameras. That’s a perfect description of urban explorers.

Garrett has much more to say on the matter in his comment at Public Intelligence. 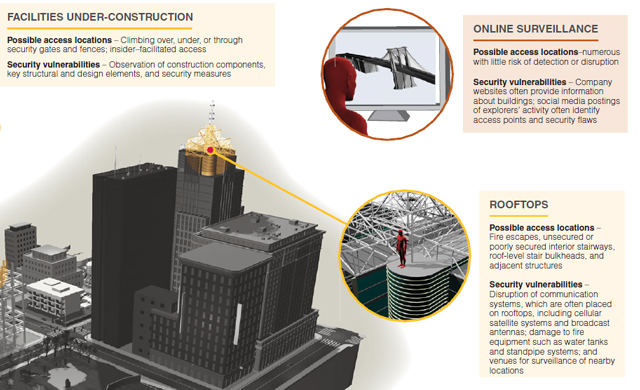 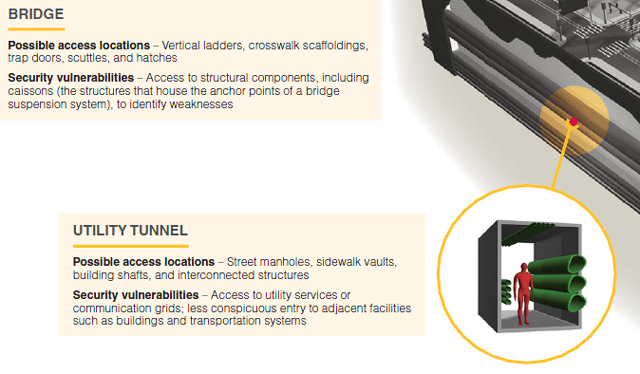