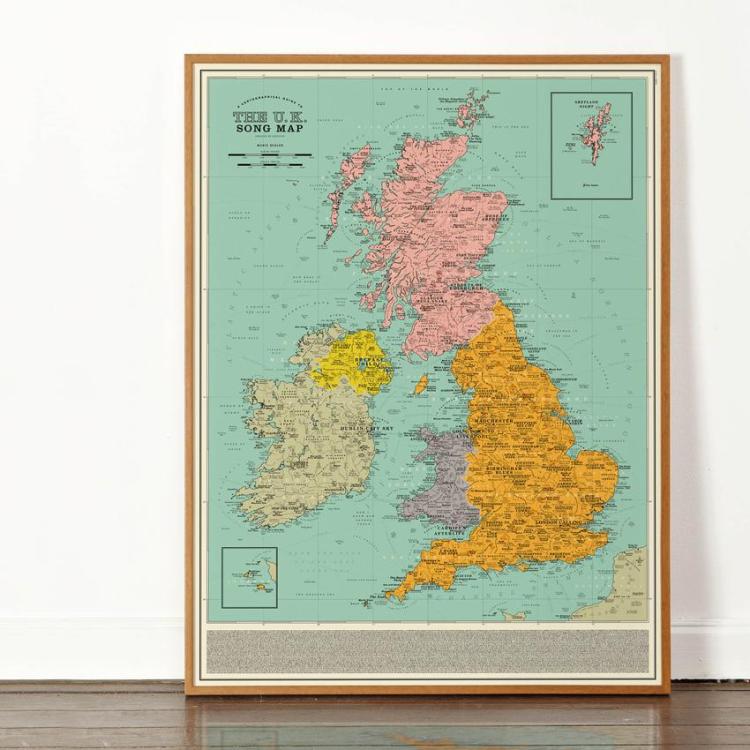 Whether you’re a North Country Boy (The Charlatans) or a Southern Man (Neil Young), a West Country Girl (Nick Cave and the Bad Seeds) or a West End Girl (Pet Shop Boys) you’ll find something in this map to remind you of home.

The songs from the poster are also available as a 93 hour Spotify playlist.

Follow our U.K Song Map playlist on Spotify – at 1,400 tracks long, it offers a mere 93 hours worth of entertainment for your ears. 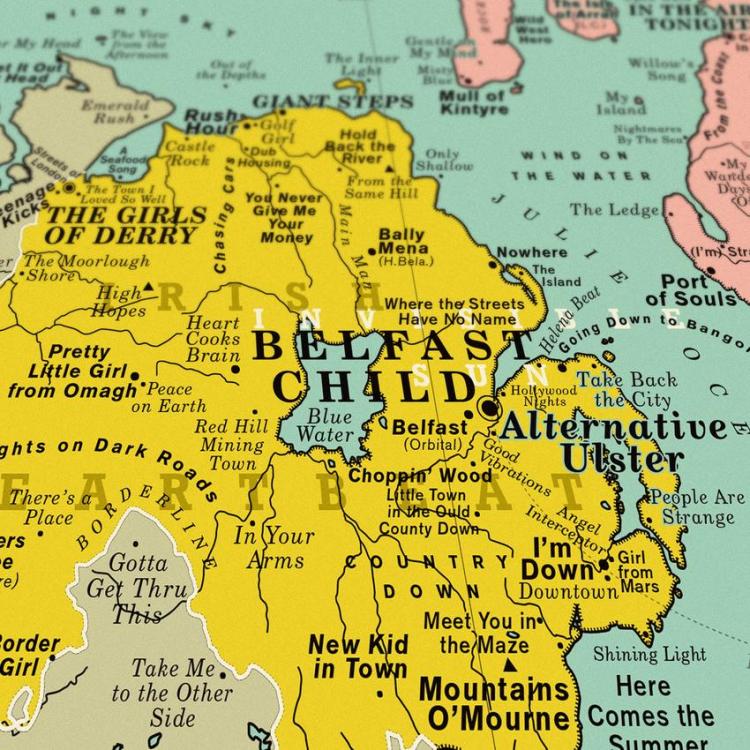 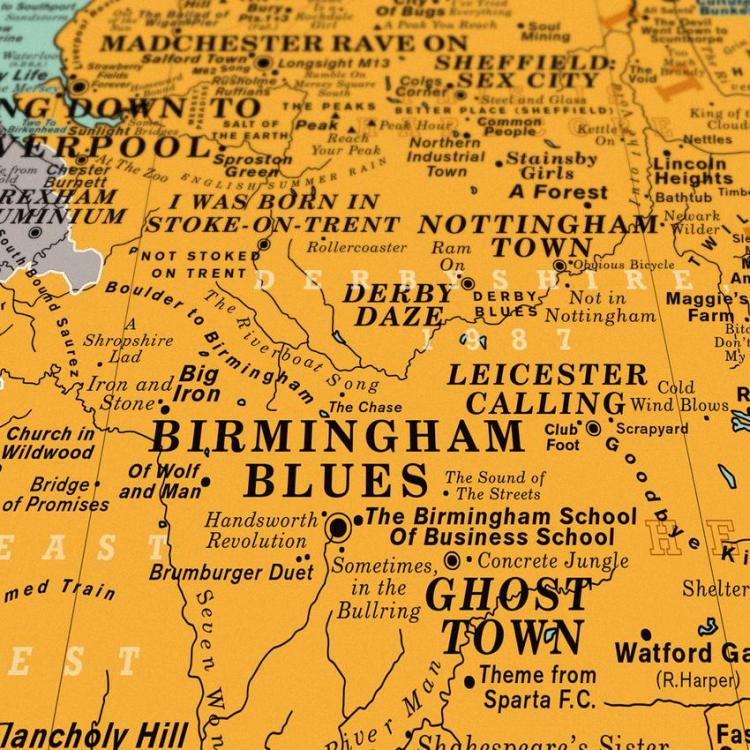 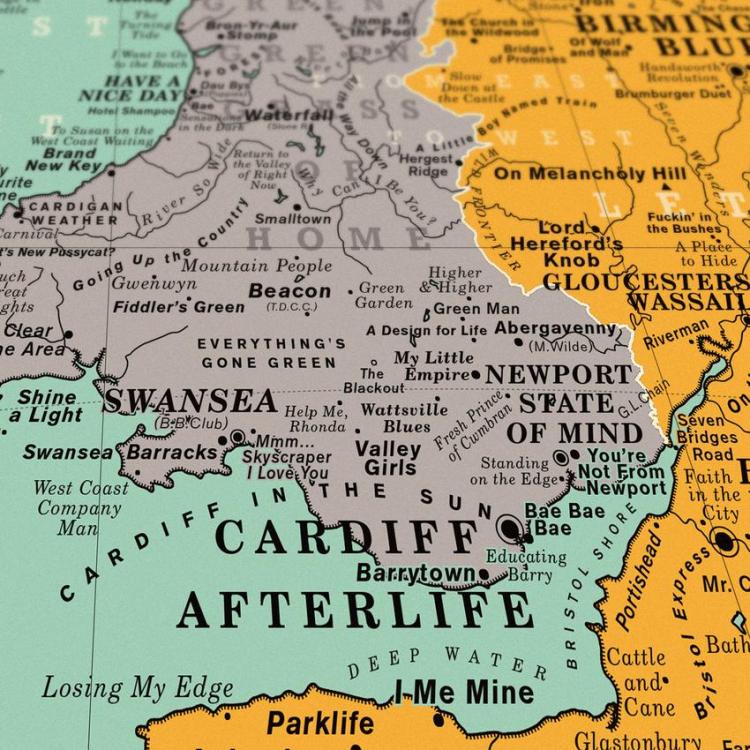 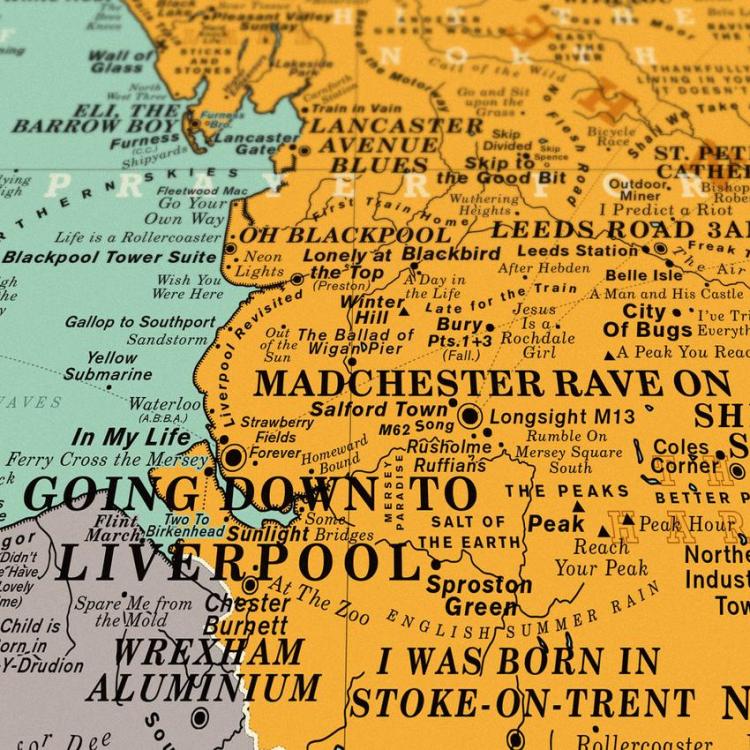 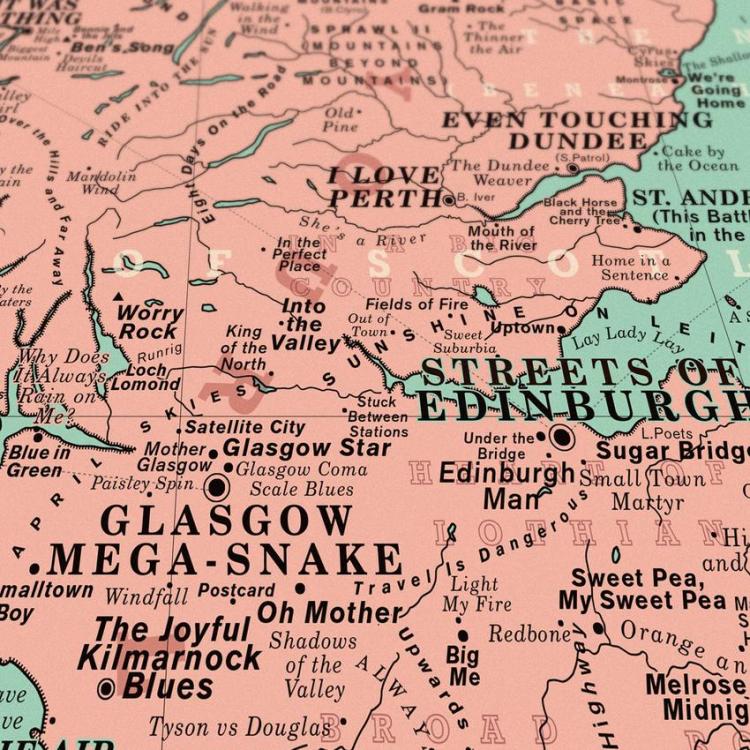 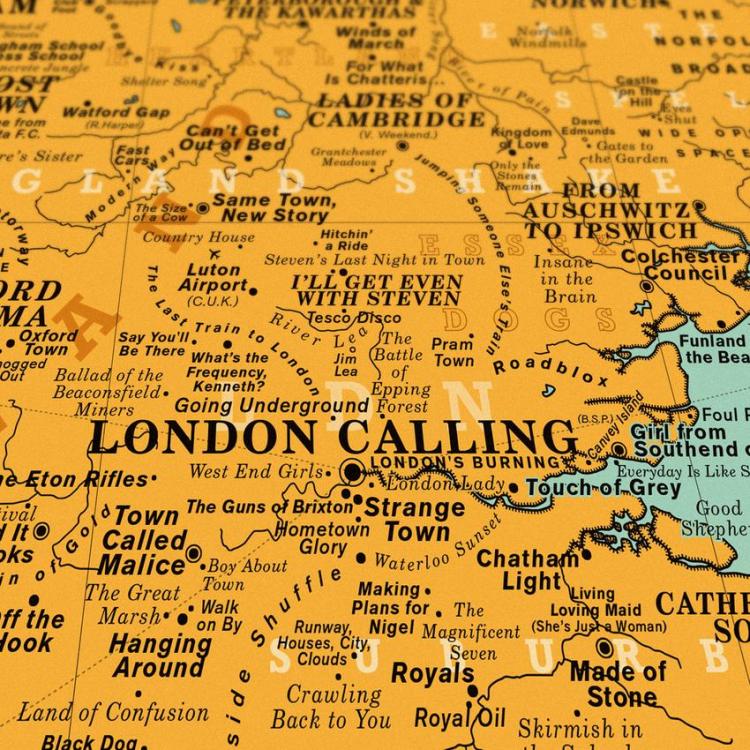 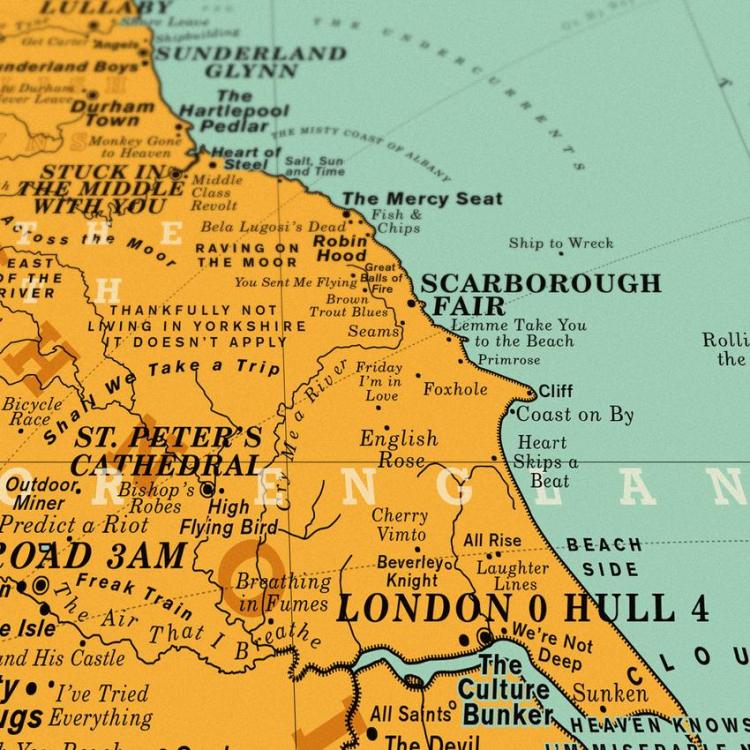