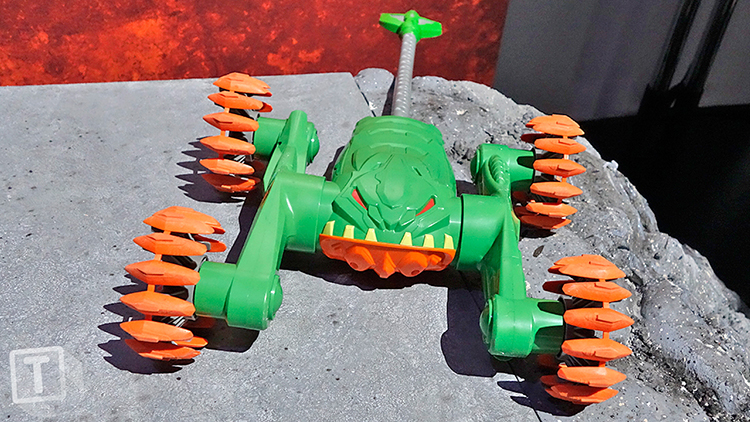 During Toy Fair 2016 in New York City, Mattel unveiled a new remote control toy under its Tyco brand called the Terra Climber. The Terra Climber sports the face of a monster and is able to climb obstacles indoor and outside (stairs and rough terrain) with its orange claw-covered wheels, which can spin 360 degrees, and two-foot long tail that acts as a counterweight. The awesome RC vehicle will become available in stores sometime this fall.

Lisa Arneill of Growing Your Baby shared footage of the Terra Climber in action at Toy Fair. 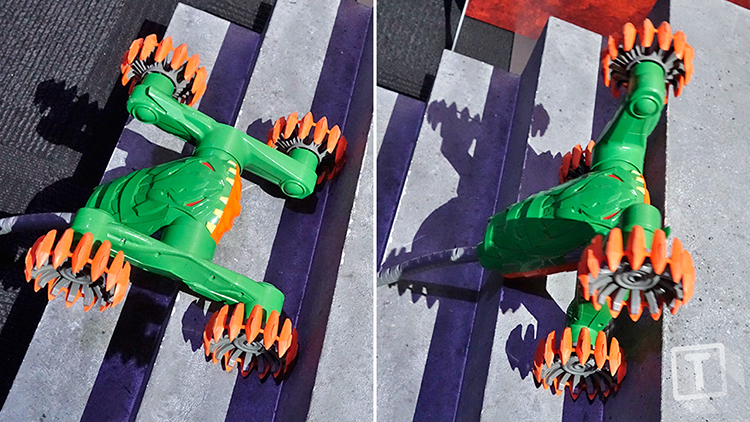 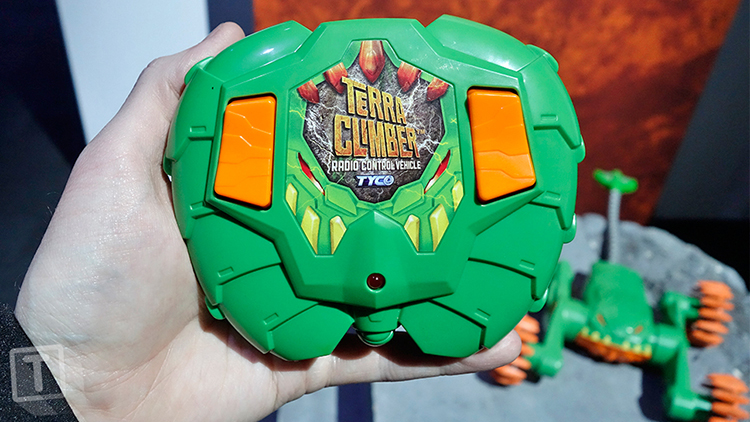