At the Tokyo DC Expo in 2011, robotic engineer Masato Takahashi of Keio University debuted two pairs of uncomfortably anthropomorphic of hands that clapped in perfect time to the Japanese version of the song “If You’re Happy and You Know It” for the audience of . According to a Tokyo Tek article from the time, Takahashi crafted them out after his own appendages and called them Ondz.

The arms are made of an aluminium skeleton coated with urethane flesh and were specially designed to make a natural sounding clap. Takashi is well aware of how creepy his creation is and believes this adds an enjoyable surreal feeling to Ondz performances. He believes that they can be used at concerts to enhance the sound of real clapping or as clapping avatars which allow online viewers to applaud via robots installed onsite at the performance. He’s even said they would make good “spanking machines”. 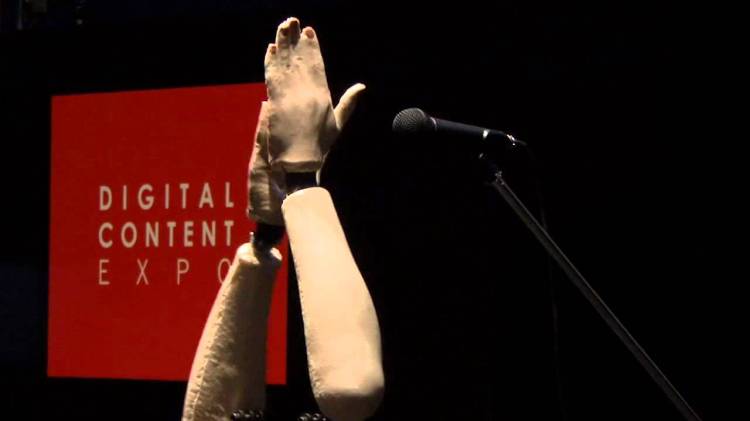