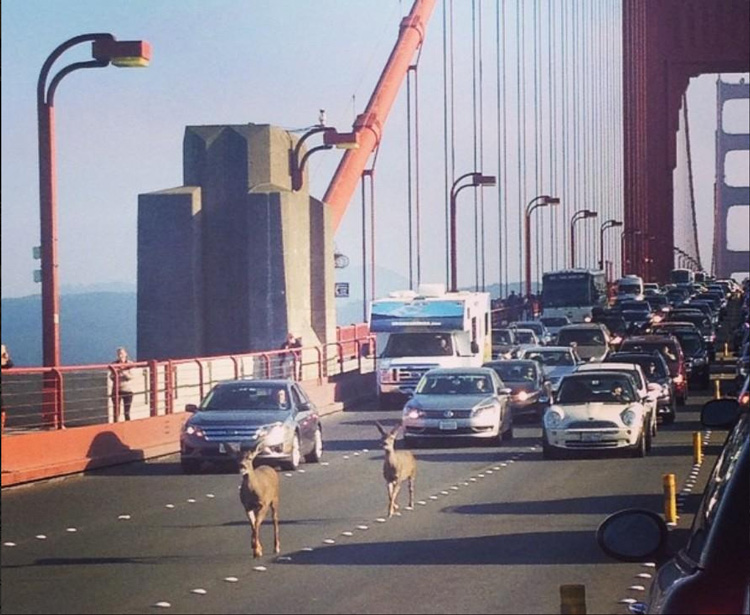 On Friday two deer wandered on to the Golden Gate Bridge just in time for the evening commute. Traffic briefly came to a stop as commuters waited for the animals to make their way off the bridge. The duo left the bridge before police arrived, but hung around long enough for commuters to take some rather unusual photos and videos. 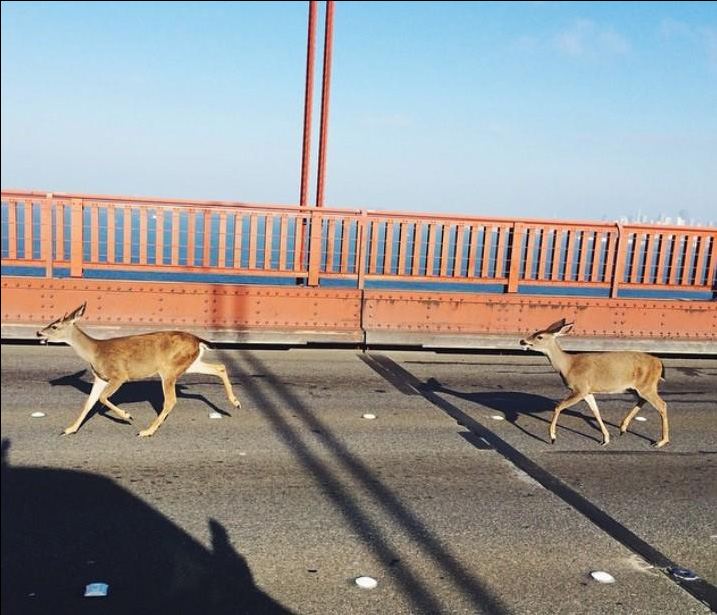 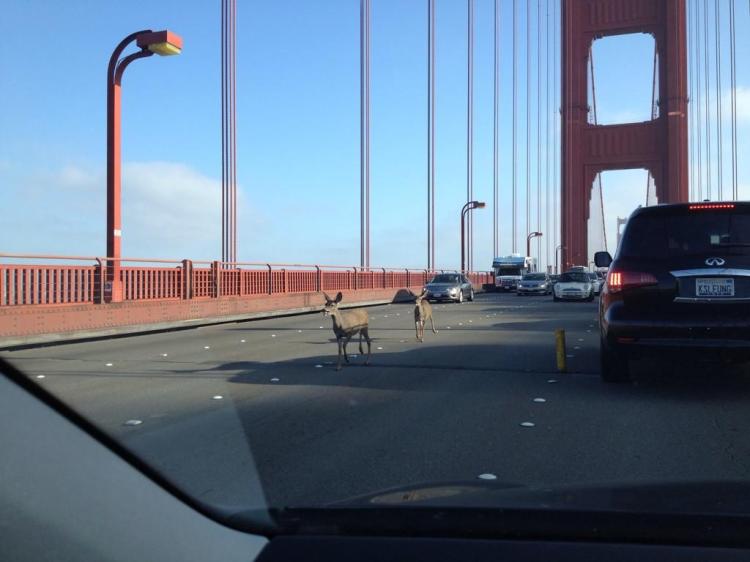