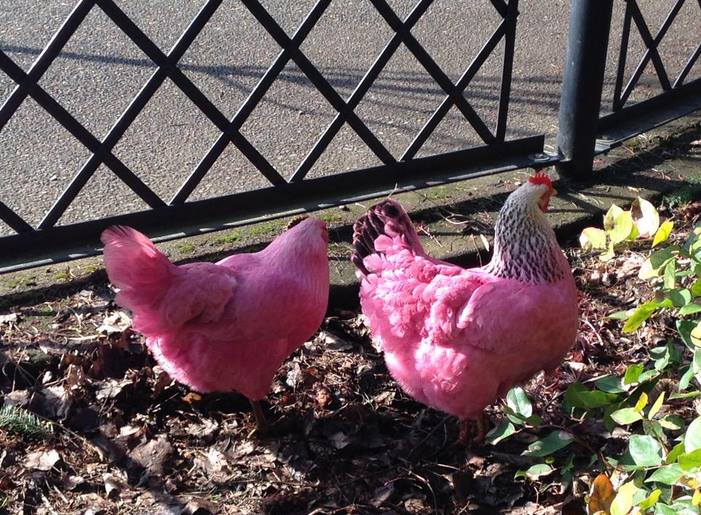 Yesterday, two bright pink chickens were spotted wandering on the waterfront in Portland, Oregon. After Portland-area news organization KATU reported the runaway animals, an officer from Multnomah County Animal Services promptly picked up the chickens and brought them to the animal shelter for safe keeping.

Workers at the shelter say that food coloring is often used to dye chicks, an effect that lasts until the animal’s first molting. The practice of dyeing the animals is physically harmless to chicks, but some animal welfare groups frown upon it as it may discourage pet owners from seeing dyed chickens at Easter as a pet that requires a home and care for years. 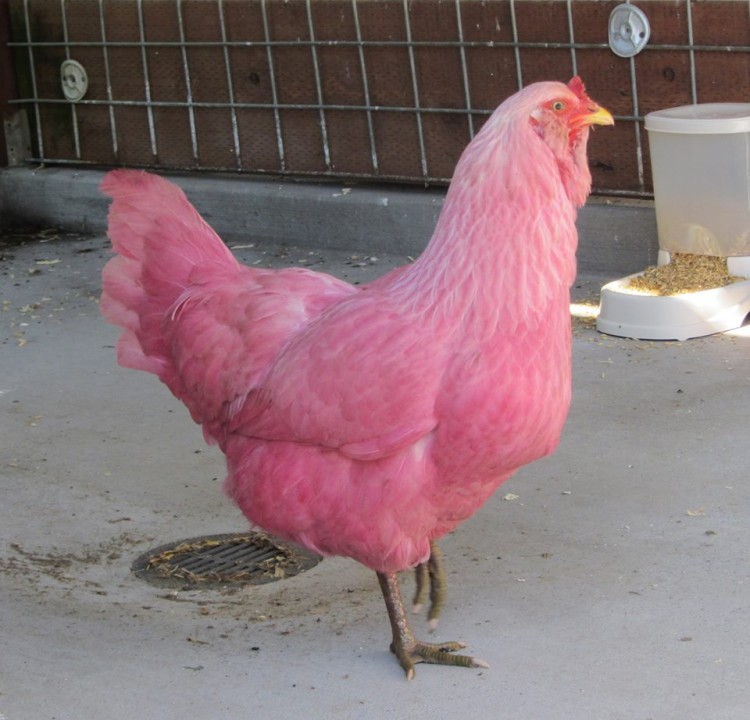 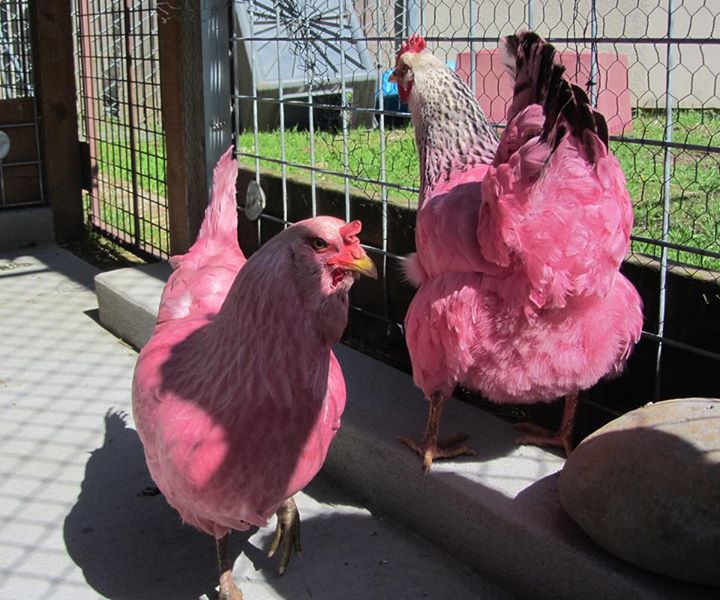