A team of engineering students at Harvard University’s Wyss Institute, in collaboration with MIT, have created a robot that is capable of folding its own printed polystyrene legs. The goal of the origami-inspired machine is to create future robots that can put themselves together, without the need for additional experts.

One of the elements of this bigger picture vision that we’re pushing together with our collaborators at MIT is to have a complex robot do something useful, yet not have it be assembled by experts. It just assembles itself.

The Wyss Institute has a sped-up video of the robot getting itself together. The full process takes about four-and-a-half minutes from the start of the folding to a completed, walking robot. 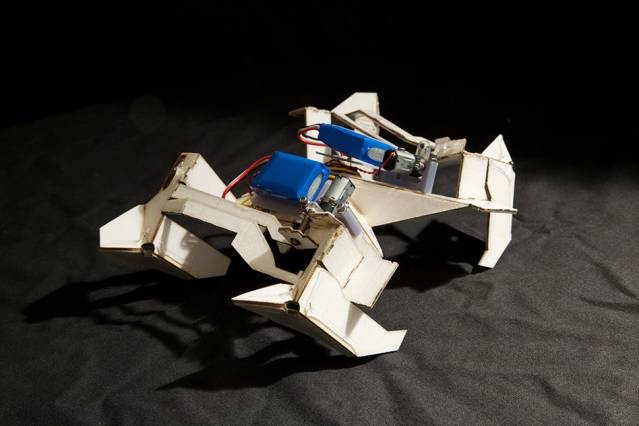