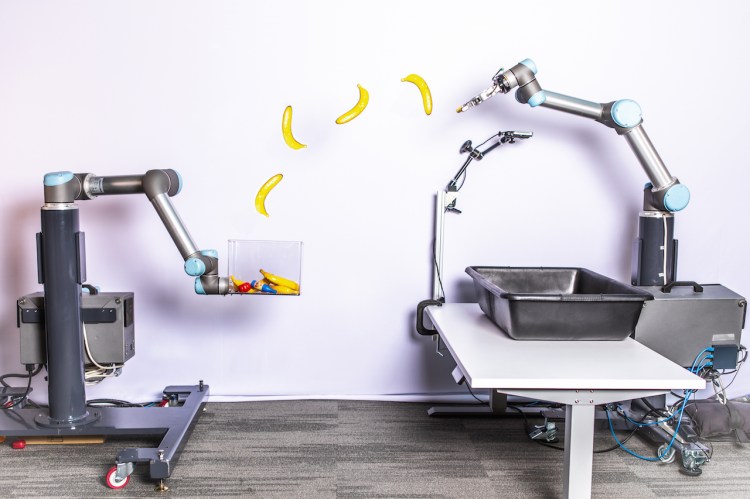 Andy Zheng and a team of Princeton University engineers, in partnership with Google Brain Robotics have created the TossingBot, a pair of robotic arms that sit facing each other. One arm grasps and tosses various object while the other makes sure that each object is caught. The accuracy of this interaction increases as the robot becomes more familiar with the objects through deep learning, as demonstrated with a banana.

We’ve developed TossingBot, a robotic arm that picks up items and tosses them to boxes outside its reach range. It is double the speed and dexterity of other state-of-the-art picking systems achieving 500+ mean picks per hour and is better at throwing than most of the engineers on the team. The key to TossingBot is a self-improving artificial intelligence algorithm that uses a combination of both physics and deep learning.