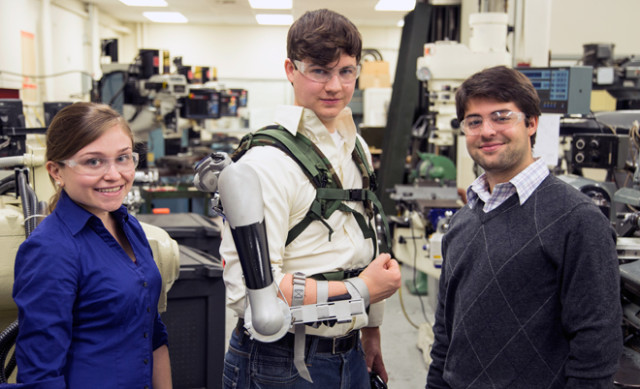 Titan Arm is an upper body exoskeleton that augments arms strength by nearly 40 pounds. The exoskeleton was created by a group of University of Pennsylvania engineering students in an effort to make a low cost robotic aid for occupational lifters (like warehouse workers) and for physical therapy. The students designed and built a functional prototype in just 8 months for a cost of $2000 (existing exoskeletons cost many times that amount). Earlier in November the Titan Arm team won the 2013 James Dyson Award—the £30,000 prize will be used to continue development of the exoskeleton. 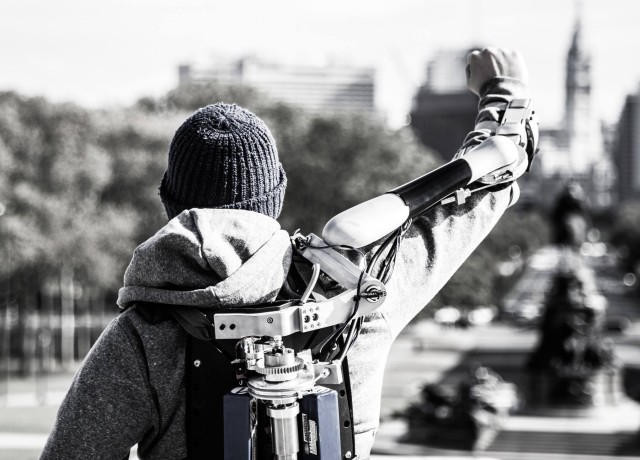