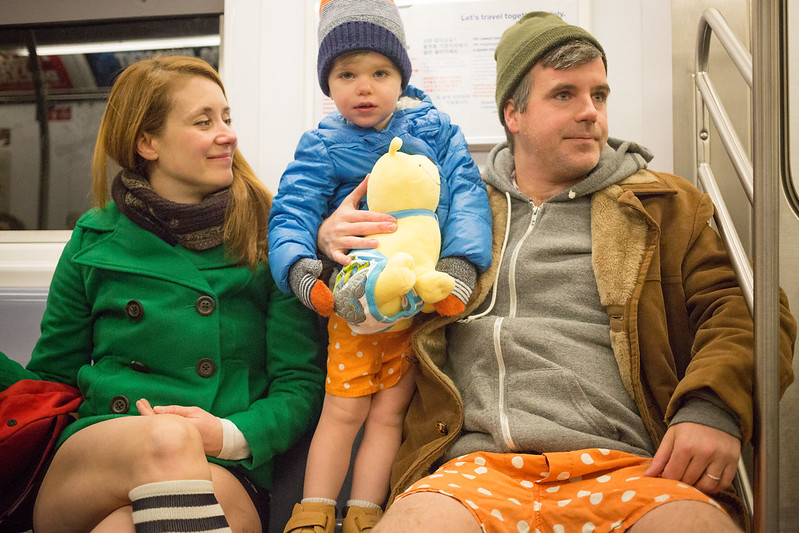 Improv Everywhere embarked on their 16th annual No Pants Subway Ride in 60 cities around the world on January 8, 2017. Tens of thousands of people in 25 countries dropped their pants to ride their local public transportation including in New York City where the event fell on a frigid 22°F day.

The No Pants Subway Ride has been a yearly tradition for the group since 2002 when seven participants rode the New York City subway claiming they forgot their pants. 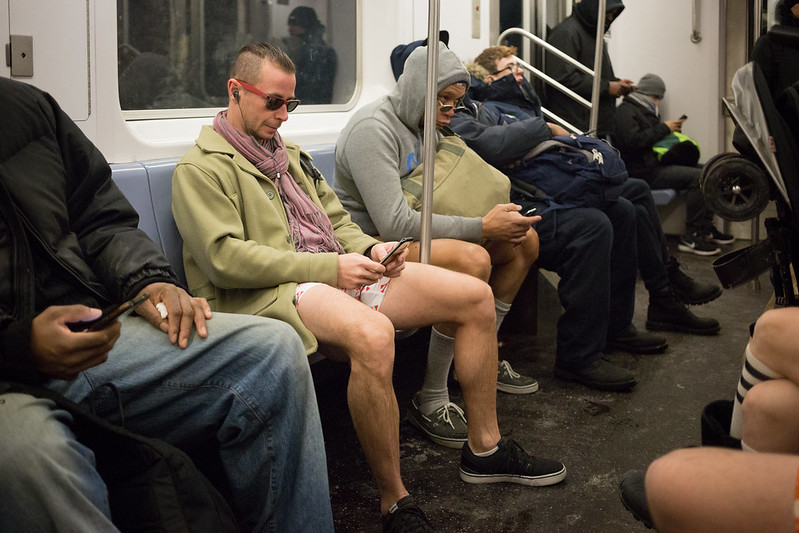 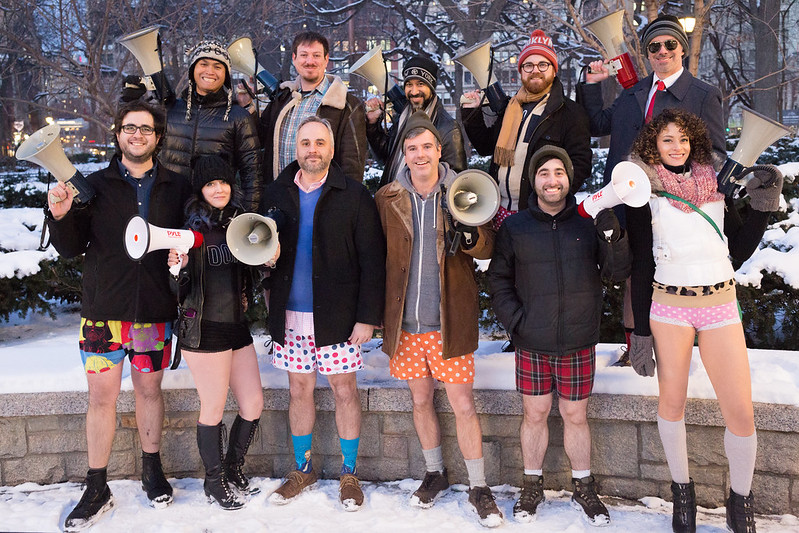