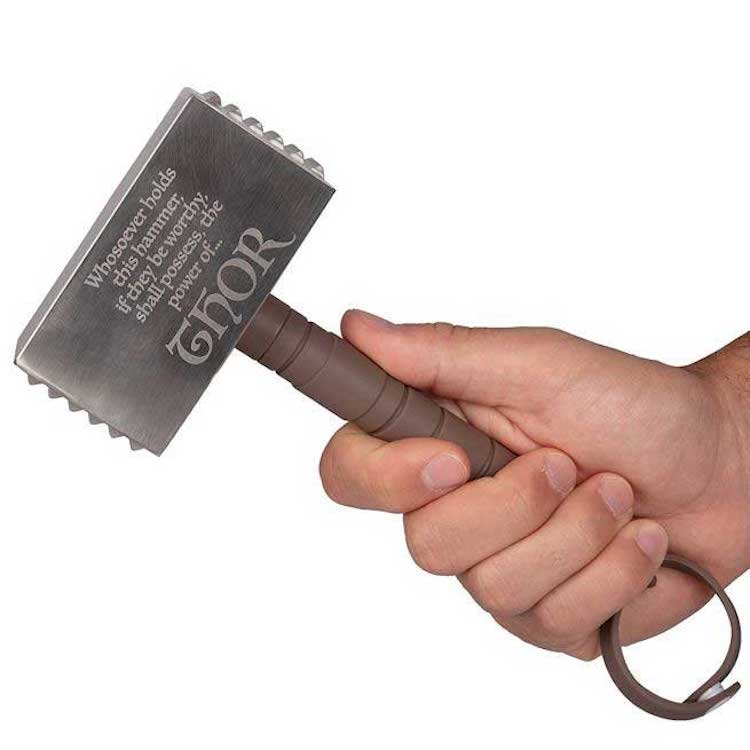 Seven20 of Underground Toys LLC has created an official Marvel Thor Mjolnir meat tenderizer. This little hammer is a very clever visual pun that wields traditional meat pounding features on either side along with a silicon grip and a handy wrist strap to keep the hammer from flying across the room at a sworn enemy who might appear at any given time. While it this version is more utilitarian that the one featured in films, it still carries the same noble message from the gods.

Whosoever holds this hammer, if they be worthy, shall possess the power of… Thor. 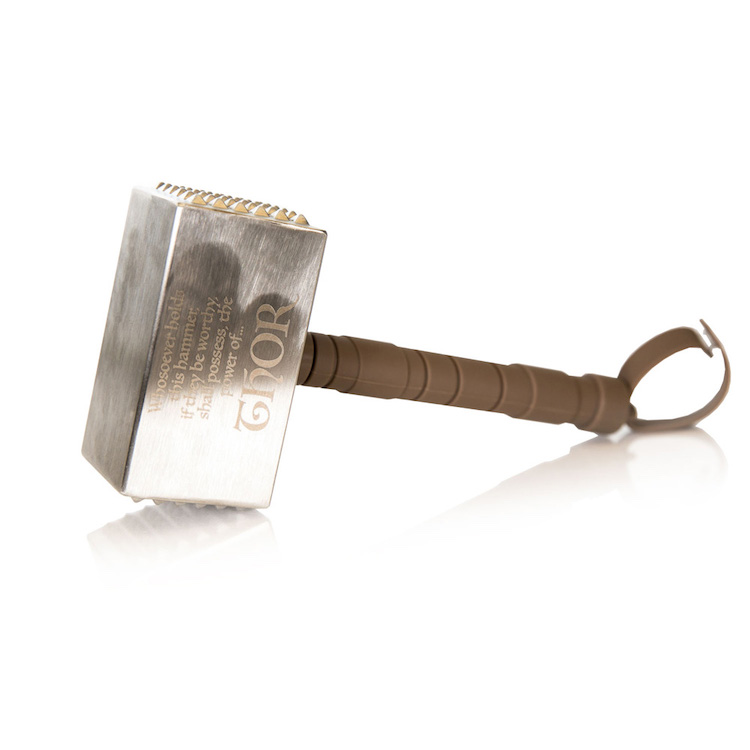 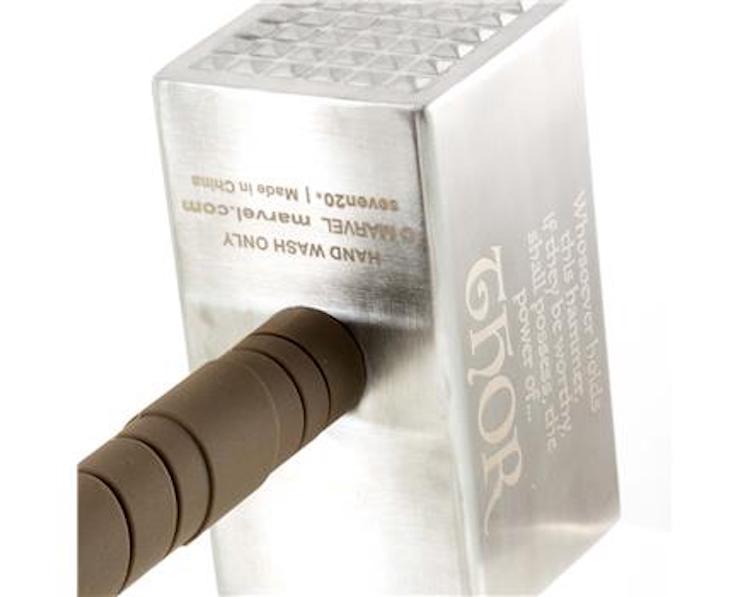 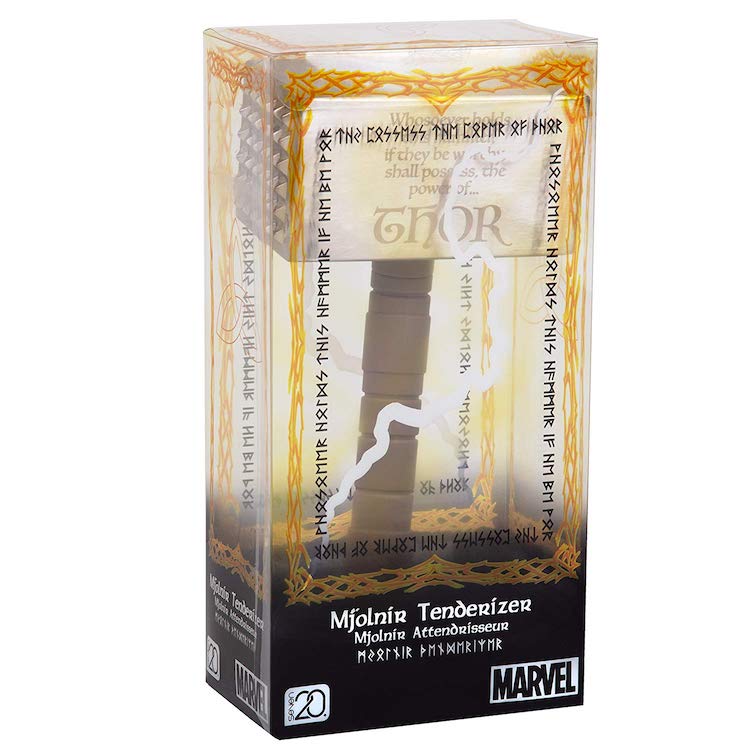 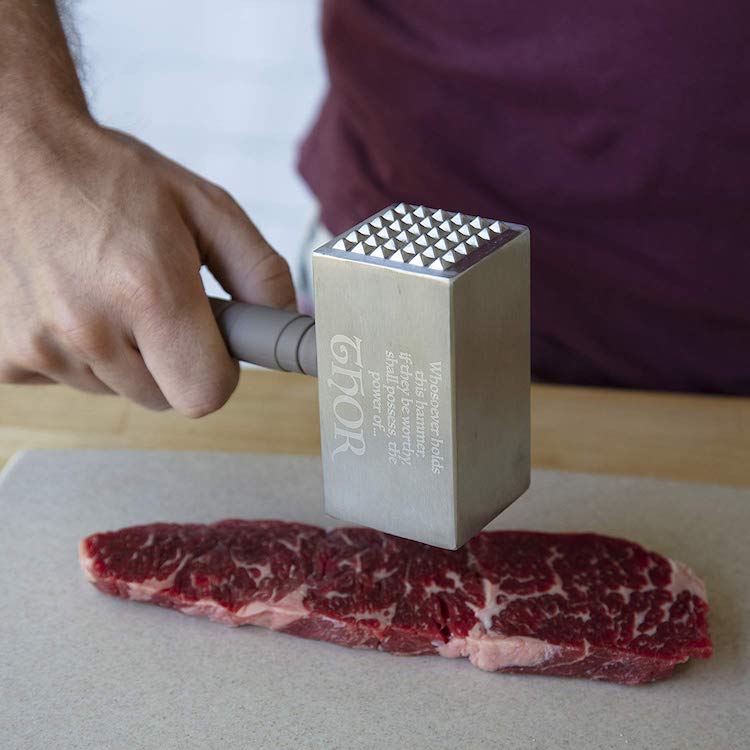