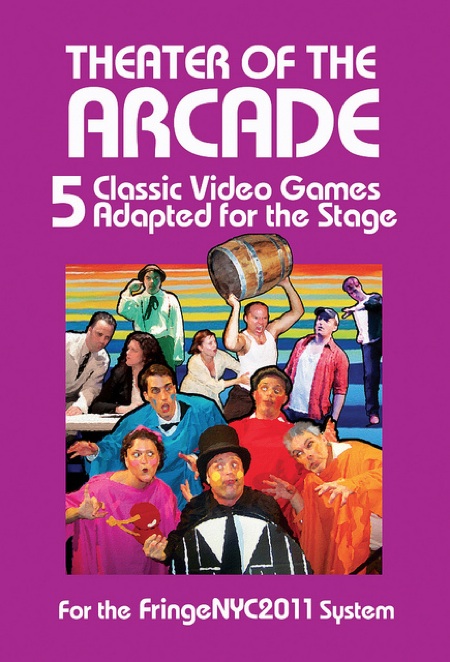 Brooklyn based theater company Piper McKenzie presents Theater of the Arcade, which reimagines five classic arcade games as minimalist theater pieces. The play is currently showing at the Bleecker Theatre in New York City, as part of the 2011 FringeNYC Festival.

A violent brute holds an innocent young woman captive and attacks anyone who dares approach. A glutton eats everything in sight while running away from the ghosts that haunt him. A lone survivor forges a peril-ridden path towards a lush refuge he can never reach. Are these the plots of classic video games, or are they searing narratives of modernist drama? A hit of The Brick Theater’s 2010 Game Play festival of video-game theater, this collection of short plays explore what happens when stories born of the arcade are given the high literary respect and dramaturgical rigor they deserve.

photos by Ken Stein/Runs with Scissors