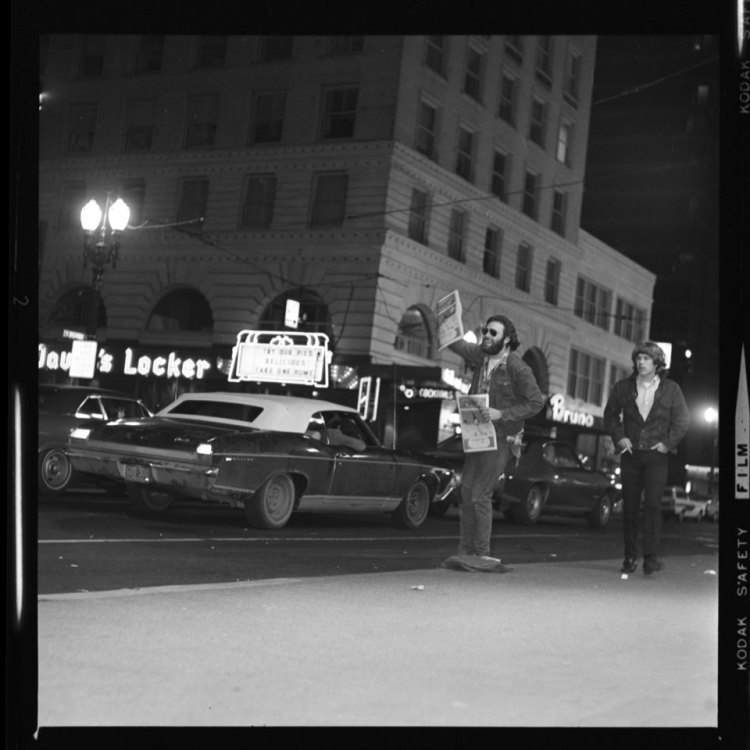 Activist Lloyd Marbet selling a newspaper in a 1969 surveillance photo

In the 1960s through 1980, the Portland, Oregon Police Bureau conducted surveillance on civic and activist groups, including those not linked to criminal activity, and kept a long series of documentation on their findings. A law passed in 1981 made this practice illegal and surveillance ceased. The surveillance documents were removed and stored personally by a detective, then were donated to the Portland Tribune 15 years after the detective’s death, and eventually were acquired by the city of Portland.

“The Watcher Files Project” is an investigation of and response to these documents by poet and teacher Kaia Sand and artist Garrick Imatani, who serve together as artists-in-residence at the City of Portland Archives and Records Center. Selections from the project are on exhibit now through December 5, 2014 at the North Portland Library. 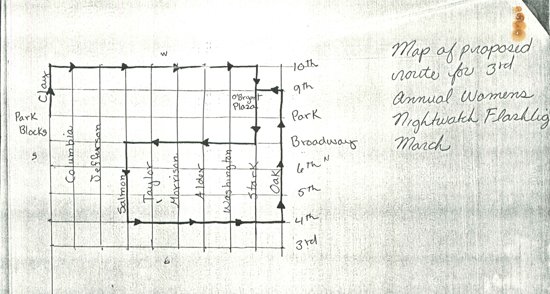 “Occasionally we find maps of protest routes, which inform an expanding series of cabinets Garrick is building.”

The poem “She Had Her Own Reason for Participating,” a response to boxes full of cataloged index cards with notes about individuals, was stamped onto copper plates in this installation.

images via “The Watcher Files Project”