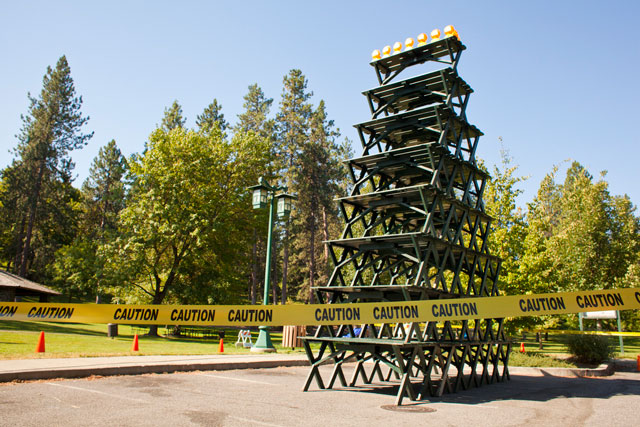 At Spokane, Washington area parks, city crews have been spending a good deal of time and money deconstructing stacked picnic table pyramids that have been mysteriously popping up in the past few weeks. The most recent pyramid (consisting of 36 tables) was discovered at Manito Park over the weekend and, according to The Spokesman-Review, a note was found on top of the structure that read, “We heard that our riverfront table pyramids cost $500 each to remove, yet they only took 4 teens 25 min to assemble sans equiptment! Please stop wasting taxpayer dollars.” The note was signed: ‘SKFS’.

A ‘Spokane Serial Stackers’ Facebook page has been created to make light of the recent pranks. 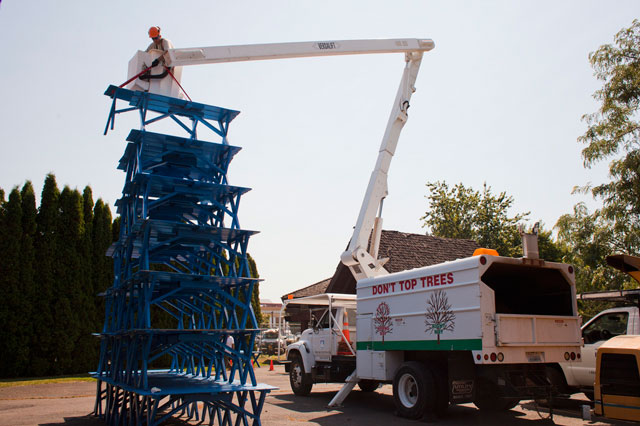 via The Spokesman-Review, msn NOW, and Neatorama